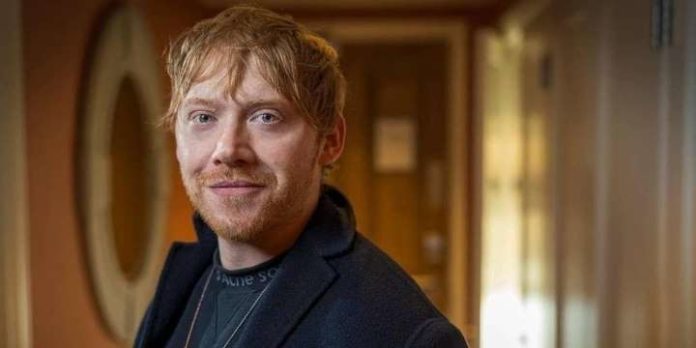 Rupert Grint achieved fame thanks to his role as “Ron Weasley” in the Harry Potter saga. The actor dedicated much of his childhood and adolescence to the cinematic world of magic.

Once this project ended, he has dedicated himself to acting on the small screen; however, life has given him the opportunity to take the most important role in his life: being a father.

According to information from various media, Rupert’s representative released the news, he and his partner Georgia Groome are expecting their first child . The couple has been in a relationship for 9 years.

Some Potterhead expressed their happiness at the news, even some photos of the couple are circulating on social networks and it seems that Georgia is already showing the first weeks of pregnancy.

Rupert Grint and Georgia Groome are expecting! The 31-year-old Harry Potter star and the 28-year-old Double Date actress confirmed the happy news amid speculation that Georgia was seen with a baby bump in recent photos during an outing London. Rupert and Georgia have been dating since 2011, and have largely been private about their relationship. #rupertgrint #georgiagroome #pregnant #pregnantcelebs

2 years ago, Rupert admitted that he wanted to start a family as soon as possible and externally, his desire to have children and although he has not formalized his relationship with his partner, his dream came true. At the time, he even joked about naming his first son “Ron,” but he thinks his last name Grint is difficult to combine.

Until now, no further details were disclosed about his wife’s health, as the couple asked for privacy at this point in their lives.

GFriend Premieres The Trainer Of ‘Crossroads’, Her New Comeback