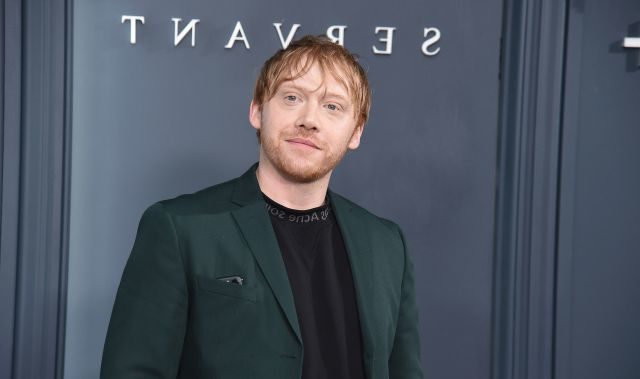 Rupert Grint was always the black sheep of the group. It already was when he embodied Ron Weasley in the mythical adaptation of J. K. Rowling’s novels to the big screen and continued to be after finishing his time at Harry Potter. The British actor has followed a professional career very different from that of Daniel Radcliffe and Emma Watson, his two companions of magical adventures in Hogwarts, and in some interviews he has even dropped some strips towards them.

“I am not so competitive because I have different levels of ambition. You have to live life!” Said the actor when asked about his career. Grint is suspicious of success, of money and of the hype that is given to seemingly superficial issues such as fame. In fact, it has been who has participated in minor roles since the end of Harry Potter: some British series of little success and productions that have ended in failure, such as Charly Countryman and CBGB.

Grint also had the strange fixation of becoming an ice cream delivery man and director of a rural hotel after finishing the epic magical adventure. An eccentric decision that showed the actor’s need to separate from the cinema. Thank God, Ron Weasley is back, and he does it by the hand of M. Night Shyamalan with the Servant series, which he has been broadcasting since November on the Apple TV platform and co-starring with Lauren Ambrose (Two meters underground ) and Toby Kebbell (Black Mirror).

Very different careers
There are notable differences with his castmates in Harry Potter. For Grint the end of the saga was an absolute shock: “We were in a bubble and we thought it would never end.” But, suddenly, it ended, and uncertainty came into their lives. “Do I really want this?” Asked the actor, who confessed to feeling liberated, because now he could comb his hair as he wanted and be able to fulfill his greatest desire: to take off the tonsils that gave him so much trouble.

Daniel Radcliffe knew how to perform well at the end of the movies, especially in horror movies (The Woman in Black, Horns). In a few months he will premiere his new work, Escape from Pretoria, where he plays a white settler jailed in a South African prison.

Emma Watson does even better: apart from becoming an ambassador for the goodwill of the UN Women, she has starred in Beauty and the Beast, has worked alongside Alejandro Amenábar in Regression and premiered Greta Gerwig’s last film two days ago, Little Women, which is already a success of feminist cinema.

Despite the many different paths they have taken, the actors and actresses of Harry Potter are still good friends. They have a WhatsApp group that they usually talk to, they go to the movie premieres of other former co-stars and from time to time they can be seen gathered at Harry Potter memorial events.

Amber Heard laughing at Johnny Depp and his fans?