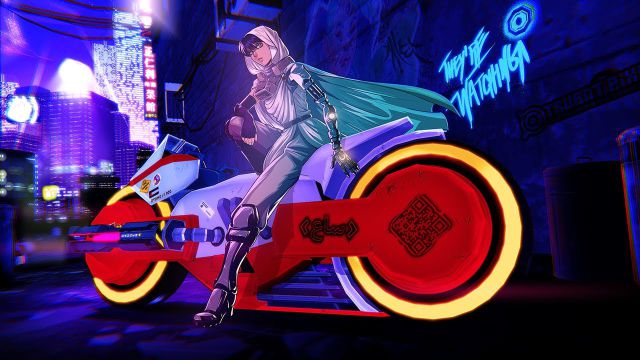 Truant Pixel presents the first preview of its new video game specially designed for PC and PlayStation 5 VR with a futuristic setting.

Runner is a new arcade-style action and shooting video game specially designed for virtual reality, compatible with different PC VR devices and the next generation of PS5 PlayStation VR, of which at the moment we only know its new controllers. This has been announced by those responsible for Truant Pixel, sharing a first trailer with playability and the first details of a video game that for now does not have an approximate launch date.

Graphic style of anime from the 80s and 90s

And it is that from the first moment the inspiration of Runner is already obvious, as its creators explain. So much so, that they have taken as a basis the most famous anime of the late 80s and early 90s with works such as Akira or Ghost in the Shell to print that animated cyberpunk touch so characteristic of their new VR video game.

And it is that we will move aboard a powerful retro-futuristic motorcycle that could well go through a redesign of the iconic Kaneda mount in the work of Katsuhiro Otomo, in the skin of Mina, an expert urban guerrilla who is in full pursuit through the wide highways of the colossal city of Presidium, the capital of the mining colony of the moon N-351. All this while we face the lackeys of the Caldara corporation.

She will play fight based on shootouts at full speed in VR format and to the rhythm of a soundtrack of the personality of the game by Fat Bard, through automatic pistols with our virtual reality controls in hand. Runner does not have a release date at the moment, although both PC and the next PlayStation 5 PS VR have been confirmed as platforms.

How to take the Tik Tok Test for Childhood Trauma and...