Home Entertainment Rune Factory 5 is delayed to 2022; First Gameplay Of Its Western... 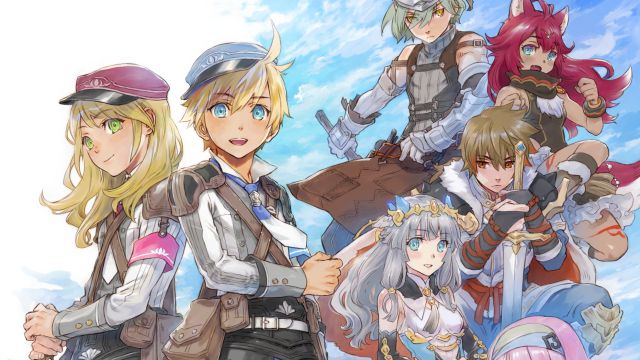 Rune Factory 5: XSEED Games has released a new trailer for Rune Factory 5, for the first time in English, and confirms that we will have to wait a little longer to play it.XSEED Games has shown the first Rune Factory 5 materials in its western version; specifically in English. Presented within the framework of E3 2021, the publisher confirms that the expected Nintendo Switch title will be begging for more than expected and will not be finally released until 2022 after passing through Japanese lands long ago.

The RPG simulation and farm game, with elements of action, exploration and resource management, belongs to one of the most beloved sagas in Japan today within the genre. It is the largest launch in the history of the saga, backed by Marvelous in the United States.

“Embark on a grand adventure in a fantasy world with the latest iteration of the Rune Factory simulation RPG series. After losing his memory, the hero lands in a small town blessed by nature. There, he is recruited by a band of forest rangers for the maintenance of peace, and his new life begins ”, begins by saying the synopsis of the game. Cultivation tasks await us, relationship with the rest of the inhabitants of the game, exploration, collection of resources and RPG combats where we will have to use all kinds of attacks and level up.

E3 2021 is about to end. Only the appointments of Capcom, Take-Two, Bandai Namco and Nintendo remain during the days of Monday and Tuesday. During these first days we have had the most interesting conferences. From the Summer Game Fest, which delighted us with an extensive trailer for Elden Ring, the latest from FromSoftware, to Ubisoft Forward, which, against all odds, presented the new Avatar video game developed by Massive Entertainment in a big way; or the new Mario + Rabbids: Sparks of Hope, which will be released on Nintendo Switch in 2022.

But that was not all. This same Sunday we have found a song in the teeth with the complete Xbox conference, the so-called Xbox & Bethesda Games Showcase, which only with Halo Infinite, Forza Horizon 5 and Starfield has been one of the great conferences of the end times.

The last big appointment of this E3 2021 has a name and surname: Nintendo Direct. It will be next Tuesday at 6:00 p.m. (CEST) when a special broadcast will begin focused on video games that will be released mainly in 2021 for Nintendo Switch. We may finally see the sequel to The Legend of Zelda: Breath of the Wild. The broadcast will last 40 minutes and will immediately leave us with a three-hour Nintendo Treehouse Live with some of the titles shown at the conference.

Feel free to follow all the news, previews, news and videos related to E3 2021 here.

The Witcher Season 2 Confirms Its Premiere Date On Netflix