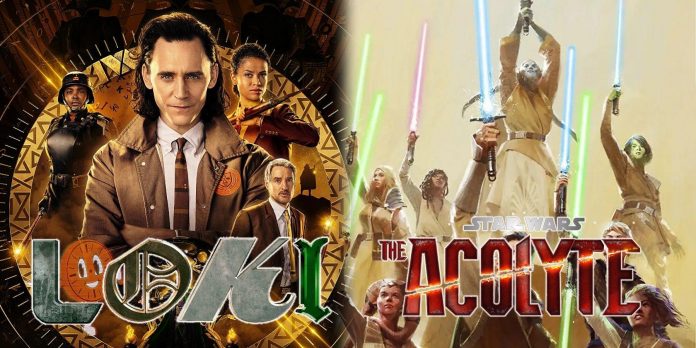 A recent rumor suggests that “Loki” director Kate Herron may have been offered to take on the same role in the upcoming Disney+ series “Star Wars: The Helper.” If true, it could make a big difference to the new series, especially after how well Loki has been received by both fans and newcomers.

The rumor comes from Making Star Wars, which claims that several sources have mentioned Herron as a potential director of the series. According to sources, she was at least offered to take part in The Acolyte. Although this is nothing more than a rumor at the moment, it is consistent with other, more specific reports that “The Novice” has begun production in Reading, England. As a British director, Herron would certainly be a handy choice.

The report also examines Herron’s connection as a fellow LGBTQ+ filmmaker along with The Acolyte showrunner Leslie Hedland. Herron revealed this after Loki confirmed the bisexual/pansexual status of the main character, stating that it was important to bring this aspect to the screen, since he was also part of the comics. She is not the only one who sees the importance of expressing this identity, as Hedland has also stated her intention for Acolyte to reflect her own queer identity.

If Herron joins the series as a director, it’s unclear whether she will be responsible for everything or become one of many. This can go either way, since different Star Wars series have so far applied different approaches to their directors. For example, Deborah Chow directed every episode of Obi-Wan Kenobi, and “The Mandalorian” and “The Book of Boba Fett” shared responsibilities among many. It may depend on how the story is told. Obi-Wan Kenobi stuck to a tight narrative throughout the film, so one director made more sense. Meanwhile, the other two shows had a slightly more episodic nature, which gave more creative freedom to directors such as Bryce Dallas Howard and Robert Rodriguez.

Although little is known about the “Novice”, it looks like it will be a slight departure from the media that Star Wars fans are used to. Events taking place in the era of the Great Republic and more than 100 years before the original trilogy can tell some truly unique stories without feeling the need to tie themselves to existing characters and plot points. This will be the first truly massive Star Wars project outside of comics that will really immerse itself in that time period, so there’s something to be excited about.

Regardless of whether Herron will actually take part in The Acolyte, this is definitely a noteworthy project. She has already confirmed that she won’t be returning for the second season of Loki, so that means she will most likely be free. In addition, given the influence she had on the role of director Loki, it is quite obvious that she will be a real boon to the Star Wars universe. Along with her already proven talent, new LGBTQ+ stories and storytellers are always welcome.