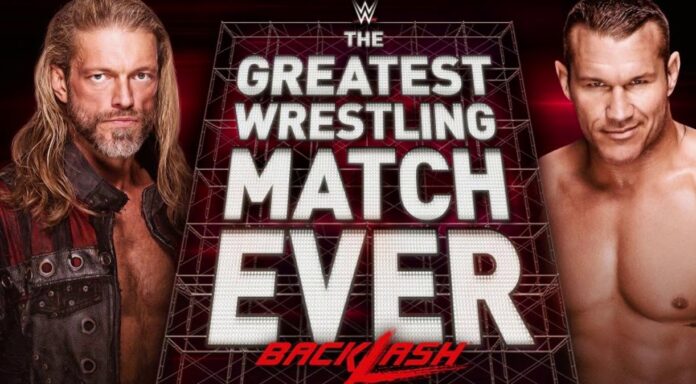 WWE’s next PPV event, Backlash, will be held on June 14. So far, 4 bouts have been confirmed and more fights are slated to be added to the card starting tonight on Friday Night SmackDown.

One of the main themes of the show revolves around the figure of Jeff Hardy, who was arrested last week by the police for being the alleged author of a car accident in which Elias was injured. In the stellar event, Sheamus battled Daniel Bryan to carve out a niche for himself in the Intercontinental Title fight, but Jeff Hardy returned to the scene and caused his defeat. It is rumored that Sheamus was the cause of all the stir with Jeff Hardy and that both will face in Backlash.

On the other hand, all the sports competitions that we have lived between Street Profits and The Viking Raiders will lead us to a fight for the Raw Tag Team Championship in Backlash. WWE could wait to confirm the announcement of that fight next week.

It is unclear if the rivalry between Seth Rollins and Rey Mysterio will lead to a fight in Backlash. The two are slated to meet and even his son Dominick will take part, but his first match could be destined for the July PPV. The story is slated to have its climax at SummerSlam, where it is rumored that Dominick could fight alongside Rey Mysterio in a tag team match. Before that happens, Aleister Black could face either Rollins or his minions (Murphy and Austin Theory).

There has also been speculation with Matt Riddle’s official debut as a SmackDown superstar. It wouldn’t be the first time that Riddle has wrestled in a WWE main roster event, but it was as a blue brand talent. Last week his arrival was announced and in Backlash we could see his first fight.

The Greatest Wrestling Match Ever
Randy Orton vs. Edge

Handicap Match for the WWE Universal Championship
Braun Strowman (c) vs. The Miz and John Morrison

A Woman Falls From a 30-meter Cliff While Looking at Her...