Home Entertainment Rumor: The next Nintendo Direct may be released at the end of... 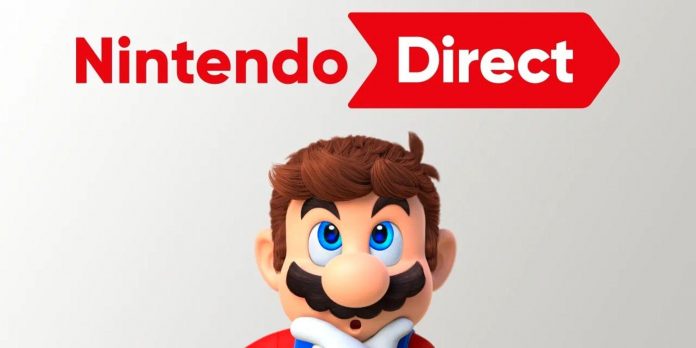 With the Summer Game Fest Kick-Off and Xbox and Bethesda Games Showcase airing, revealing the many new games that will appear on consoles and PCs in the coming months and years, it seems that the season of summer gaming events is in full swing. Despite the fact that some of the major presentations have already been aired, and others are still ahead, one major publisher is still noticeably absent — Nintendo. Although Nintendo has yet to release the big Nintendo Direct for June 2022, some very credible sources suggest it will still be.

For years, Nintendo has held major Nintendo Direct presentations in June, usually as part of E3. These presentations are often announced weeks or months in advance as part of the promotion of the event by the Electronic Software Association, but in 2020, and now in 2022, ESA canceled E3, citing the ongoing COVID-19 pandemic. In 2020, this led to Nintendo hosting several Nintendo Direct Mini events over the course of several months, but fans don’t know what to expect from the company in 2022.

Regular Nintendo Direct events are usually announced the day before they go live, and given that Nintendo presentations usually take place after events such as Xbox and Bethesda Game Showcase, many assume that June 15 is the time to expect the next major Nintendo Direct. However, this seems to be incorrect, as Santa Monica Studio writer and former IGN employee Alana Pierce indicated that Nintendo Direct will air on June 29.

Speaking about her live broadcast dedicated to the Xbox and Bethesda Games Showcase, Pierce stated while looking through her calendar of upcoming events that she had heard that Nintendo Direct would take place on June 29. When her audience pointed out that no such event had been announced, she doubled down, stating that “this is the first time you’ve heard it here.” Video Games Chronicle also confirmed Pierce’s statements, saying they had also heard from sources that Nintendo was planning a Direct presentation for the end of June.

Alana Pierce has a long and respected history in the industry, which means she is unlikely to speculate on such an event without proof. She is also a writer for Sony Studios in Santa Monica and probably has many contacts and partners in the industry who could give her this information. The timing also makes sense given that Nintendo is not obligated to participate in events like E3 this year, despite having many games for which it still needs to provide updates, such as Bayonetta 3, Xenoblade Chronicles 3, Splatoon 3, Mario + Rabbids: Sparks of Hope and Mario Kart 8: Deluxe — accelerated course subscription, second wave.