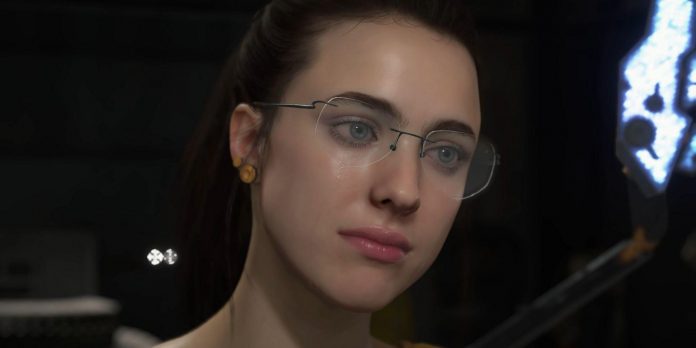 Legendary game developer Hideo Kojima released one game after his infamous split with Konami, and it was the somewhat divisive Death Stranding. Before Kojima started working on Death Stranding, he worked with Konami on a horror project in the form of Silent Hills, developing a “game teaser” for a game called PT, which, despite being brief and available only for a short period of time, had a huge impact on the genre horror games.

Now that Hideo Kojima has completed work on Death Stranding and the release of its director’s version, fans can only guess what his next project will be. There are rumors that Kojima is working on some kind of horror game, and the developer himself hints at this on social networks. There has not been an official announcement yet, but the latest information potentially reveals the name of Kojima’s horror game, as well as one of the actors involved in it.

According to insider Tom Henderson, who claims to have received footage from the game, Hideo Kojima’s horror project is called Overdose. According to Henderson’s description of the footage, it depicts a character, played by Margaret Qually, in a blue dress, walking in the dark with a flashlight. Henderson reports that the game will potentially offer both first- and third-person views.

The casting of Margaret Qually should be of interest to those who are familiar with the work of Hideo Kojima. As some remember, Qually played the character Mom in Death Stranding. It doesn’t look like Overdose is a sequel to Death Stranding, but this is far from the first time Kojima has used the same actor in another project. For example, Death Stranding star Norman Reedus was originally supposed to play the main character in Silent Hills before the project was closed.

Rumors about the Kojima horror game have been going around for quite some time, but this is not the only rumor that goes around the project. Some reports claimed that Kojima’s next game would be exclusive to Xbox, while others said that it would actually be released exclusively for PlayStation 5. Until an official announcement is made about the game and its platforms, fans should accept any incoming information. about this with a great deal of skepticism, even coming from a fairly authoritative source, such as Henderson.

As for when the official news may appear, it may be very soon. Summer Game Fest will be held on Thursday, June 9, and Kojima has a great relationship with SGF host Jeff Cayley. Alternatively, if the rumors that the game is exclusive to Xbox are true, perhaps it will appear on Xbox & Bethesda Games Showcase on June 12. Time will tell, but fans should keep their expectations under control in case Kojima doesn’t show up. both events.

There are rumors that an overdose is in development.

Have I Received An Email From The Bank Of Spain Or...