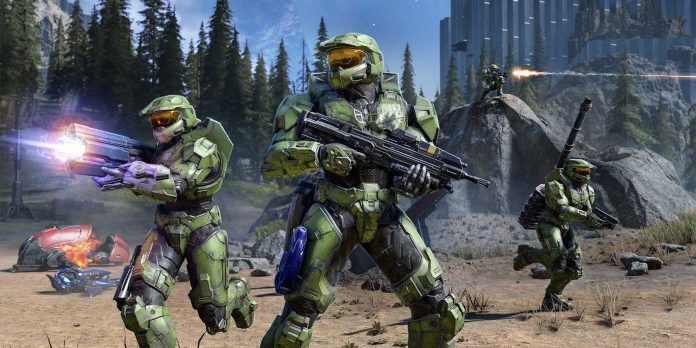 Halo fans continue to wait for several important additions to Halo Infinite a few months after the launch of the game at the end of 2021. This is a disappointing situation for all parties, including 343 Industries, as the initial positive response to the Halo Infinite campaign was drowned in disappointment over the monetization of the game, support for the real-time service, as well as the lack of Forge and collaborative online play. On Thursday, 343 plans to unveil a roadmap for the near future of Halo Infinite, but ahead of the 343 announcements, there seems to be confirmation that other bad news is coming.

A Twitter post from Halo Community director Brian Jarrard hints that support for the Halo Infinite collaborative campaign may come later than expected. Jarrard’s message was in no way an explicit confirmation of the delay. But his message wasn’t necessarily subtle either. The post was a response to a Halo fan’s joke about the reaction of the Halo community if the co-op game is indeed postponed. Jarrard explained that the goals of releasing new features are “currently solvable, but of course they can be changed.”

If the delay does happen, Halo Infinite fans will probably experience mixed feelings. 343 Industries felt comfortable offering Halo fans an early introduction to the co-op in July, and then conducted a test flight for the game mode. The transition from a relatively massive test run and public demonstration to a potential delay indicates that there may be serious problems with the game mode.

The potential delay of the Halo Infinite co-op mode would be just the latest unpleasant problem that has arisen in Halo Infinite. Once touted as the largest Halo release in franchise history, a game with a 10-year plan, an extensive post-launch content schedule, and promotion in various media, Halo Infinite has faced delays, feature cuts, and controversy. along with the riots inside 343 itself. Halo fans, however, will be waiting for tomorrow’s unveiling of the Halo Infinite roadmap in search of a sign that the future of the game is getting brighter.