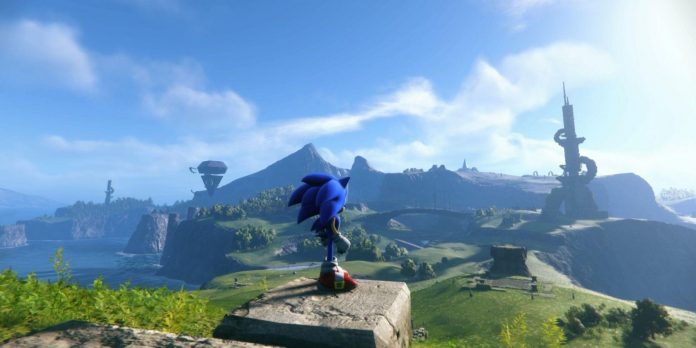 According to Tokyo Game Show reports, Sonic Frontiers can offer players on PlayStation 5 4K resolution or 60 frames per second, but not both options at the same time. There are a lot of expectations from the next major game release in the Sonic franchise. Sonic Frontiers will be released on all major gaming platforms, including the Nintendo Switch, as well as on consoles of the past and next generation. Such coverage of the platform can force Sega to make difficult decisions, and players, in turn, will have to make decisions.

The Tokyo Game Show conference has ended, but some information about Sonic Frontiers is now leaking from an event that was previously unknown. One of the participants shared that he asked a Sega representative about gaming platforms, especially about the supported resolution and frame rate. Since it is unclear whether the Sega representative acted in an official capacity, this information is not reliable. Nevertheless, it is interesting to consider.

PlayStation 5 is the most interesting platform that Twitter user tadanohi asked about. According to information provided by tadanohi, the PS5 version of Sonic Frontiers will offer two different graphics modes. The first one has 4K resolution, but only 30 frames per second. The second offers 60 frames per second, but is limited to 1080p resolution only. This is similar to many early games of different generations released on PlayStation 5, with later games having better optimizations.

However, PlayStation 5 is not the only platform that has been asked about. They also asked about the PlayStation 4, which is said to be limited to 1080p and 30FPS, as well as the Nintendo Switch, which will have 720p and 30FPS. No information was provided about the versions of Sonic Frontiers for Xbox, although they will probably be equal to their generation counterpart — PS4 or PS5.

On the one hand, Sonic games are about speed and responsiveness. 60 frames per second makes the game about Sonic much better. On the other hand, optimizing the release of a major game for six platforms is incredibly difficult. There’s always a chance this information is incorrect and Sega will fix it soon, but Sonic fans looking forward to Sonic Frontiers can start evaluating whether they want 4K resolution or a smooth frame rate for a fast game.