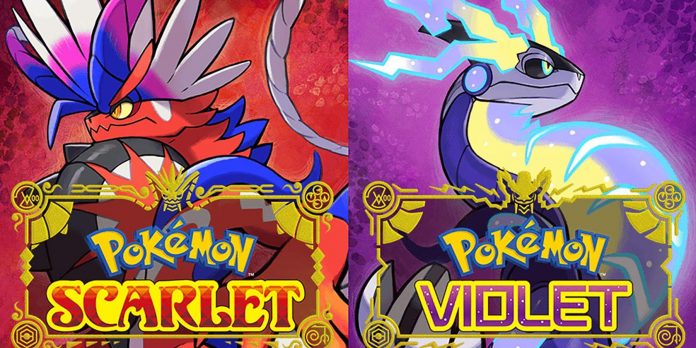 As many people know, Pokemon designs draw inspiration from a variety of sources. One of the main elements are animals, but items, legends and more are also associated with Pokemon. This is one of the reasons why fans of Pokemon Scarlet and Violet believe that all the starting Pokemon are somehow connected with the story of Don Quixote.
In any case, there are several animals that do not have related Pokemon. And despite the wishes of fans, at least for a few years, there have never been Pokemon based on dolphins. Perhaps the closest is the Gorebiss, but it is more serpentine and based on a long-nosed chimera than a dolphin. According to a recent rumor, Pokemon Scarlet and Violet could change that.
RELATED: Pokemon Leaker Confirms That Scarlet and Violet Will Have DLC
Many in the Pokemon community are probably familiar with Riddler Hu, who is one of the few reliable sources of Pokemon leaks in the industry. They were right several times about Pokemon Legends: Arceus, Pokemon Brilliant Diamond and Shining Pearl, and also leaked some key details about Pokemon Scarlet and Violet. At least one of them has already been confirmed, namely the design of the new starters before their announcement.
Now Hu has published an image of the Neo Spacian Aqua Dolphin from Yu-Gi-Oh GX, which many fans took as an indication of the new Pokemon dolphin in the series. This does not necessarily mean that this Pokemon dolphin will be bipedal, but, nevertheless, it will be an interesting addition to the series. However, fans should treat this with disbelief until Game Freak confirms it.
It’s worth noting that there have been a lot of new Pokemon Scarlet and Violet leaks in the last day or so. Namely, along with Hu’s leaks, there were some less reliable sources giving out a lot of details, such as alleged screenshots of Pokemon Scarlet and Violet gym leaders and Pokedex data. It’s hard to say how reliable they are, since they’re all pretty scattered, but YouTuber Blains and another online account of Kaka have shared some new details.
Among all these leaks, there is a statement that a new Pokemon Scarlet and Violet trailer will be released on July 12, showing most of the map, as well as the second form of the evolution of Starters. The latter seems unlikely. The alleged trailer has not been published at the time of this writing, and if it does not appear by the end of the day, it could render many of the aforementioned leaks invalid. However, not necessarily “Dolphin”, since it should be noted that Hu — the most reliable of them — did not say anything about the trailer from July 12.
Pokemon Scarlet and Violet will be released on November 18 on the Nintendo Switch.

BTS: Jin With a Failed New Look And a Lot Of...