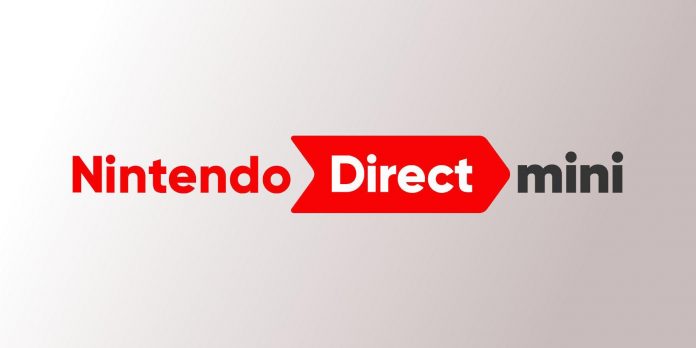 The traditional “E3” season has apparently ended, with major demonstrations like Summer Game Fest and Xbox and Bethesda Games Showcase taking place a few weeks ago, and the number of smaller shows is also dwindling as June comes to an end. Despite this, little was heard from Nintendo, except for the presentation of Direct dedicated to Xenoblade Chronicles 3. While rumors indicated that Nintendo Direct would be coming on June 29, a new comment now implies that this demo will focus not on the line of exclusive products for Switch that will appear this year, but on third-party ones.

Nintendo has traditionally held a major Nintendo Direct presentation alongside E3 for many years, but that tradition changed in 2020 when the company decided to hold several Nintendo Direct Mini: Partner Showcase events in the second half of 2020 instead. While Nintendo returned with a big Direct in June 2021, the cancellation of E3 in 2022 again left Nintendo fans without a big June demo.

Now it seems that while evidence is piling up that the showcase will air on or around June 29 from Nintendo, it may not be what fans of the show were expecting. Speaking as part of the live broadcast, the editor of the Spanish gaming magazine Nacho Requena said that the next Nintendo Direct will air next Tuesday and will be devoted primarily to third-party games. According to VGC, he also stated that the Persona game will be presented at the exhibition along with a port of the four-year-old game on the Nintendo Switch. Authoritative insider Tom Henderson also stated that Mario + Rabbids: Sparks of Hope is likely to appear.

These comments seem to imply that the next Nintendo Direct could be the presentation of the Nintendo Direct Mini: Partner Showcase. Rakena’s comments do not completely coincide with Alana Pierce’s statement earlier this month, as Rakena claims that the show will take place on Tuesday, June 28, and not on Wednesday, the 29th. Pierce’s message was also confirmed by VGC. Although, perhaps this is due to the difference in time zones.

While the Nintendo Direct Mini: Partner Showcase leaves much to be desired, given the number of proprietary games in development, the fact that the showcase will focus on third-party games does not mean that proprietary games will be absent. The next wave of Mario Kart 8 Deluxe DLC courses should be presented and released soon, and not all Direct Mini presentations were partner demonstrations. Bayonetta 3 may appear, given that in the past, exclusives from third-party studios appeared on Direct Mini showcases. Square Enix also teased information about Dragon Quest Treasures for this month, which has not yet been revealed and may appear in this Direct.

Grey’s Anatomy: This was the story they had planned with the...