Home Entertainment Rumor has it that the missing Pokemon Scarlet and Violet Pokemon will... 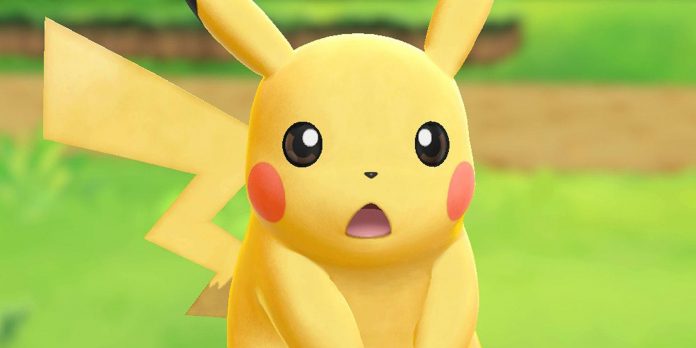 Once again, Pokemon fans found themselves in the familiar situation of waiting between entries and even new generations of the franchise. Pokemon Scarlet and Violet are due to be released on November 18, which means that players have only two months before the first games of the series with a completely open world fall into their hands. This means that there are a lot of people who are currently planning their teams and discussing which version to get, wanting to know everything they can before choosing between Pokemon Scarlet and Violet.

This is where leaks can come in handy for those who don’t mind spoilers, as knowing which exclusive versions are available can help players decide which game to buy. In this regard, a fair number of leaks have already appeared on the Internet, which share all sorts of interesting information, for example, that Scarlet and Violet will present Pokemon “Kamen Rider”, as well as new pocket monsters-fish and parrots. There were also leaks saying which familiar creatures were coming in and which would have to sit out the next adventure.

Chandelure and Joltik are not in Pokemon Scarlet and Violet

Chandelure and Joltik are two Pokemon originally introduced in the fifth generation that have a lot of fans. Chandelure is a Ghost/Fire type creature that looks like a haunted chandelier, and Joltik is a tiny Bug/Electric type spider that is known for being one of the smallest creatures in the franchise. These two creatures, as well as their evolutionary stages, can be found in the main 8th generation games, Pokemon Sword and Shield.

These two critters are quite popular among fans, as Chandelur was named the Pokemon of the Year by Unova in 2020, and the evolved form of Joltik is an important member of the team of Metro Master Emmett, who himself is a fan favorite character. However, despite the fact that Emmett’s brother, Ingo, was part of Pokemon Legends: Arceus, and previous Pokemon release models indicate that remakes of fifth-generation games may be coming soon, both Chandelure and Joltik are not in Scarlet and Violet, according to informants.

The phenomenon of terastallization is a new trick that can be found in Pokemon Scarlet and Violet. It envelops the world-famous pocket monsters with a crystal aura and enhances their current type or completely changes their type. The type of boost the Pokemon gets is visualized by the crown on the creature’s head, which makes it pretty obvious what type the creature got. An example of this is how Pokemon like Sprigatito get a crown with giant flowers to emphasize their grass type.

Because of the nature of how Game Freak decided to visualize the Tera-types of Pokemon, Chandelure is perfect, as this creature is literally already widely known as brilliant. With the way the crowns look for ghost and fire types, Chandelure would look huge either with a giant crystal ghost or with a lot of candles on her head. As for Joltik, the small size of the Pokemon spider makes you wonder whether the crown will fit him or whether the crown will have to sit on the creature’s body as a whole to fit.

Both images are fun to think about and would cause laughter in several playthroughs, but it seems that these pocket monsters won’t get their chance to literally shine, according to the leaks. This is a pretty big missed opportunity on the part of Game Freak, but fortunately, there will definitely be other Pokemon in Scarlet and Violet that will look just as silly with big shiny crowns/visualizations on their heads. After all, the leaders have already given fans a significant idea of what Scarlet and Violet’s Pokedex will be like.

While it may be sad to hear that these fan-favorite Pokemon won’t be part of this new adventure, it’s understandable that Chandelur and Joltik won’t be in Scarlet and Violet due to their inclusion in Sword and Shield. After the eighth generation marked the end of the National Pokedex, fans were concerned that some creatures would be abandoned in favor of others since the changes took place. The fact that Game Freak removes two pocket monsters that were already in a recent game is great for making sure that all creatures are included. However, when it comes to which Terastallized Pokemon will look the stupidest, it seems that players will have to wait and see for themselves when the game comes out.