Home Entertainment Rumor has it that the “Fantastic Four” has chosen Jamie Dornan for... 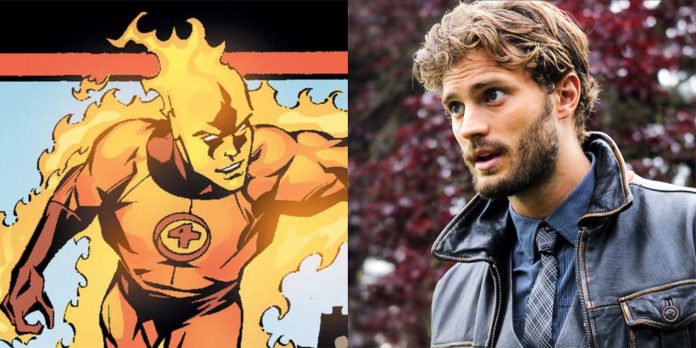 Rumors about the upcoming movie “Fantastic Four” have been circulating on the Internet lately. While a new set of rumors claims that it is known who will play Reed Richards, it also seems that the film has invited Jamie Dornan to give a new look at Johnny Storm, also known as the Human Torch.

At the moment, there is no specific information about the MCU’s entry into the world of the Fantastic Four. It became clear that the production of the film will begin in the near future, but at the moment it is reported that no one has officially signed on to the cast. This does not mean that there are few people around the film who can become official any day.

When the official announcements go beyond the fact that John Watts is no longer a director, it seems that one of the biggest news may be about who will play the Human Torch. The Giant Freakin Robot website quotes sources who, according to him, have reported in the past that none other than Dornan will take on the role of Johnny Storm. If true, this will be a new chapter in Dornan’s career. The actor is best known as billionaire Christian Grey in the Fifty Shades franchise, although his track record includes many roles in action movies. However, this will be the first superhero movie he has starred in.

There are a lot of rumors about who will play whom in the “Fantastic Four” from Marvel Studios, including from people claiming that they themselves are actors. This includes the time when Howard Stern claimed that he was going to participate in the Doctor Doom project, although at the moment it seems more like a joke than a real statement. Of course, given that there has been no official casting news, there is always an outside chance that he could have cast his vote for the villain.

If Dornan does take on the role of Human Torch, he will join a rather impressive list of actors who have played Johnny Storm on the big screen in the past. In Chris Evans’ first Marvel movie, he played this role, and he made it clear that he would not completely rule out returning to it, although it seems extremely unlikely, if out of the question at all. Michael B. Jordan was the next person to attempt and fail the reboot. Now Dornan can finally transfer the Fantastic Four character to the MCU.

“Fantastic Four” is in development at Marvel Studios.

Ginny & Georgia premiere is one of the highlights