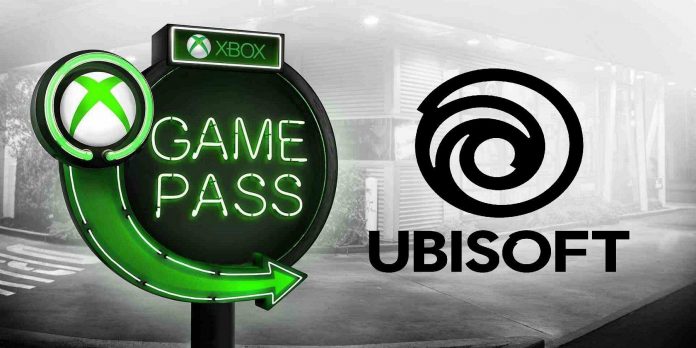 While some expected Ubisoft to move its Ubisoft+ subscription service to Xbox, instead the company is moving its big games to Xbox Game Pass one by one. Ubisoft started adding its library of games to the Xbox Game Pass earlier this year, releasing the first day of Rainbow Six Extraction, followed by Assassin’s Creed Origins, Far Cry 5 and others. Now a new leak may reveal the next game that Ubisoft plans to add to the Xbox Game Pass.

According to Pure Xbox, the Aggiornamenti Lumia leader, known for his leaks in the Microsoft Store, has potentially found evidence that Immortals Fenyx Rising gets into the Xbox Game Pass. Since Ubisoft is moving all its other games to Xbox Game Pass, you might think that the debut of Immortals Fenyx Rising on the service is just a matter of time, although for now fans should still keep their expectations under control.

There are rumors from reliable sources that Ubisoft is working on a sequel or a spin-off of Immortals Fenyx Rising, which may have a completely different name. It is said to feature Hawaiian and Polynesian mythology rather than Greek mythology, which could lead to an interesting change of pace. However, this has not been officially announced, so fans should keep this in mind.

As for when a potential sequel to Immortals Fenyx Rising might be announced, it remains to be seen. Perhaps this will be revealed at the upcoming Ubisoft Forward event in September, although no games have been confirmed yet.

It’s also worth bearing in mind that in the past, leaks about Ubisoft games coming to Xbox Game Pass were inaccurate. For example, information was leaked earlier that Far Cry 6 will appear in the Xbox Game Pass, but Ubisoft denied these claims. Video game companies usually avoid making any statements about rumors and speculation, so Ubisoft is in no hurry to refute these rumors.