Home Entertainment Rumor: A ‘The Squid Game’ video game would be in development 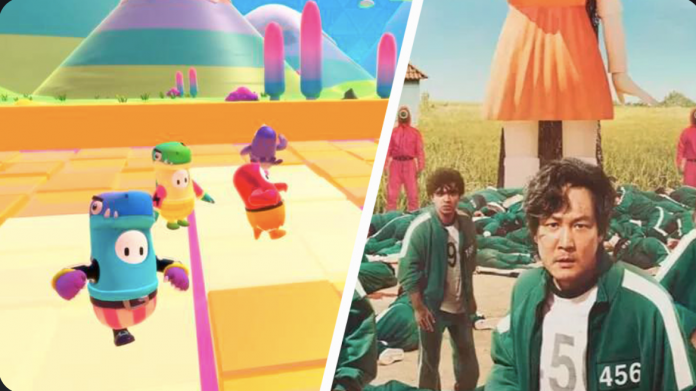 A worldwide phenomenon
With how popular it has become, it is likely that you have heard about The Squid Game, maybe you are even one of the millions of users who have already seen it. This new South Korean Netflix series came to become one of its most consumed content in the world.

The plot of The Squid Game involves people who enter a contest to win a millionaire amount of money. To win the prize, they must participate in a series of “children’s” games, but these have a rather brutal and bloody twist. Apparently this premise lends itself very well for a video game, as a rumor indicates that one inspired by the hit series is already in development.

The Squid Game could have its own video game

With a show as successful as The Squid Game and its potential to become a video game, it’s not uncommon for them to already be thinking of giving you one. In fact, from the beginning it was compared to titles like Mario Party and Fall Guys. Even GTA Online players are recreating their contests using mods.

It seems that we will no longer have to use GTA mods to feel like in The Squid Game. According to the well-known leaker, Tom Henderson, a video game based on the hit Netflix series is already in development, although he doesn’t know which company might be making it.

Apparently a "SQUID GAME" type of game is in development already.

I'm not sure on the developer just yet though.

The future of BR is coming 😂

In his tweet, Henderson said: ‘Apparently a Squid Game-style title is already in development. I’m not sure who is developing it. The future of battle royale is on the way. ‘ In a subsequent post, he indicated that, for him, Fall Guys was practically a series-style game, only they don’t shoot you in the head.

It wouldn’t be such a strange move to launch a game from the hit show. Perhaps this supposed title could be part of Netflix’s efforts to get into video games, after all, the company has already started offering some on its platform. Do you think this video game about The Squid Game is true?