Home Entertainment Rumor: a new game Alone in the Dark is coming soon 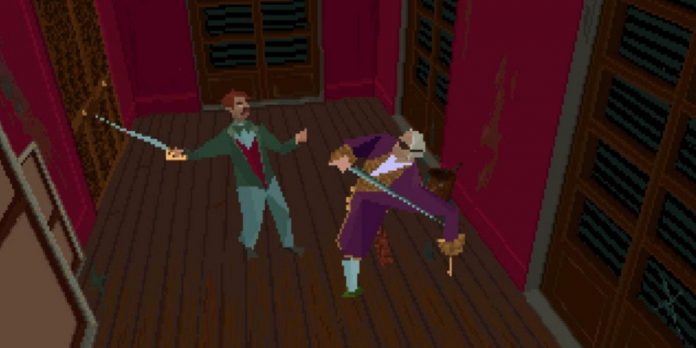 THQ Nordic is one of the most interesting publishers in the video game industry. Originally known as Nordic Games, THQ Nordic has acquired numerous dormant video game franchises over the past six years since its rebranding to match the now defunct publisher THQ. One of these franchises was Alone in the Dark, which THQ Nordic acquired in 2018 from Atari SA. Now, seven years after the last recording, it looks like THQ Nordic is getting ready to announce a new game Alone in the Dark.

Alone in the Dark is often referred to as the very first survival horror game, as it was one of the main sources of inspiration for the original Resident Evil along with the Sweet Home game for the NES. The game was released for DOS computers in 1992, and then switched to Panasonic 3DO in 1994. In the game, the main character is either a man or a woman solving puzzles and exploring a haunted mansion in Louisiana in the 1920s. The game was followed by three sequels, and in 2008 it was rebooted for PS2, PS3, Nintendo Wii and Xbox 360 by developer Eden Games.

The series was very quiet after weak reviews of the 2008 game until 2015, when Atari released Alone in the Dark: Illumination, a four-player cooperative shooter that was criticized and received a cumulative score of 19/100 on Metacritic. However, in 2018, THQ Nordic acquired the series from Atari along with the Act of War strategy. For years, the publisher has been acquiring dormant IP addresses such as Destroy All Humans and Timesplitters, for some of which it has developed remasters and remakes, and for other IP it is releasing complete sequels. According to the recently famous leader of The Snitch, THQ Nordic may very soon prepare an announcement of Alone in the Dark.

A Twitter user who provided accurate information about games such as The Last of Us Part 1, Resident Evil 4 Remake and Hollow Knight: Silksong posted a mysterious teaser on his Twitter account with a link to the 2005 film adaptation of Alone in the Dark. more precisely, a quote from the movie.

This coincides with the fact that THQ Nordic is holding its second annual digital presentation on August 12th. It is expected that this is when the publisher will provide updated information about games such as SpongeBob SquarePants: The Cosmic Shake and Destroy All Humans 2: Reprobed, as well as the announcement of new games, whether remasters or sequels.

In addition to this teaser, it is unknown what form the project Alone in the Dark, which is being prepared by THQ Nordic, can take. It can be a remaster of classic games or a reboot of 2008, or a full-fledged remake in the style of recent projects like Resident Evil 2 and the upcoming remake of Dead Space.

Rumor has it that Alone in the Dark is in development.