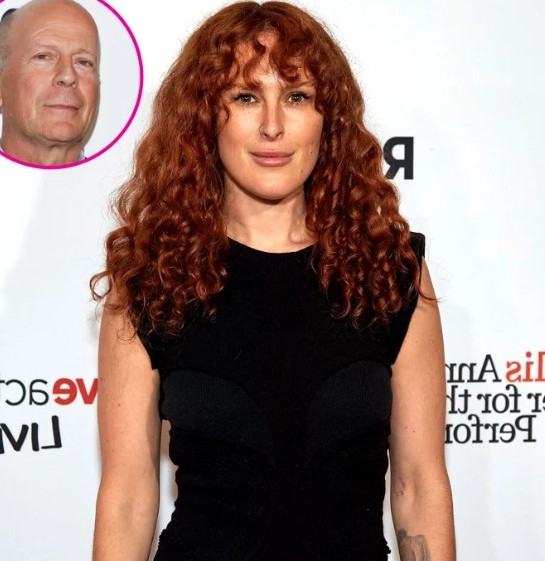 The family is strong. After announcing that her father, Bruce Willis, will give up acting due to a struggle with aphasia, Rumer Willis relives their sweetest family memories.

The 33-year-old actress shared a retrospective photo of the 67-year-old “Die Hard” star kissing her on the forehead, with the caption “Daddy” via Instagram on Thursday, April 21.

The sweet tribute to Rumer took place a few weeks after she and her family members, including mom Demi Moore, publicly spoke about the health struggles of the “Pulp Fiction” actor.

“We as a family wanted to inform Bruce’s wonderful supporters that our beloved Bruce has had some health problems and was recently diagnosed with aphasia,” Rumer said in a statement posted on Instagram on March 30. — This is a really difficult time for our family and we are very grateful to you for your constant love, compassion and support. We are going through this as a strong family and wanted to attract his fans because we know how much he means to you, as you do to him.”

The message was signed by Bruce’s wife Emma Heming Willis and their daughters Mabel, 9, and Evelyn, 7, as well as 59-year-old Moore, Rumor and sisters Scout and Tallulah Willis. “As Bruce always says, ‘Live,’ and together we plan to do just that,” the note says.

After the German native’s health diagnosis hit the headlines, he received support from famous friends and family members.

“He was such an incredible acting partner for me, and he is the sweetest, most gentle and cheerful man. he reigns supreme in my book. ❤️ ❤️ ❤️ ❤️ ❤️ ❤️ ❤️ ❤️ “, — Sarah Paulson, who played with Bruce in the 2019 film “Glass”, wrote in a comment on Instagram.

Rumer is the eldest daughter of the “Sixth Sense” star and the “Puzzle” actress, who were married between 1987 and 2000. The exes also share daughters Scout, 30, and Tallulah, 28, and they have maintained a close bond since the divorce. . Moore even attended Bruce’s wedding to a Maltese native in 2009.

After receiving a flood of well wishes last month, Scout expressed her family’s gratitude with an emotional post on social media.

“The exquisite outpouring of love I’m experiencing right now is just driving me crazy,” Scout wrote in her Instagram story in March. “Thank you all for your tenderness and amazing love for my dad and my whole family.”

Justin Bieber will soon be back with a single, an album...