Home Entertainment Rumbleverse: how to add friends and play with them 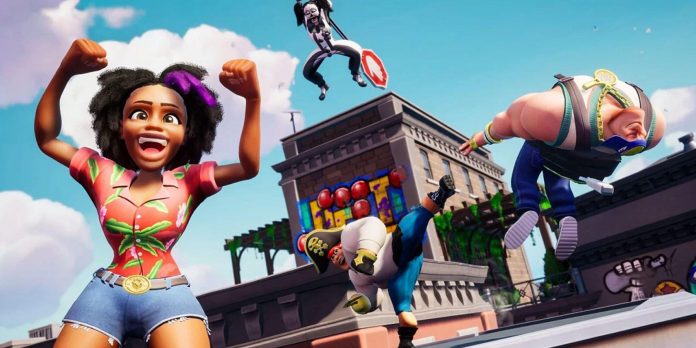 Rumbleverse, the newest game from Iron Galaxy (creators of games like Killer Instinct), published by Epic Games, seems to be working well so far. In this third-person melee-based “Battle Royale”, 40 players travel to the famed Grapital City to battle them with melee combos, suplexes and all kinds of flashy Rumbleverse moves to see who rules.

Now, in the current version of the game, there are only three options: single queue, duet queue and playground exploration, which essentially function as a free movement zone in the training area. But, since the maximum group consists of only two people, this may come as a surprise to those who are used to a group of four people.

Also, the game relies heavily on the Epic Game Store’s friend list system, rather than an integrated system like most other Battle Royales, so actually joining a party can be confusing. With that in mind, let’s look at exactly how players should add, connect and play with each other in Rumbleverse.

How the Rumbleverse social system works

Once again, Rumbleverse “sort of” has its own friends list system, but it mostly relies on the pre-installed Epic Game Launcher friends list. Players cannot add each other to their friends list in the game — there is no separate friends list, it is simply taken from EGL, and the social overlay, which usually works in such situations (activated with Shift + F3), does not work. it doesn’t work either.

Most of the players that can do in Rumbleverse is invite to a group, complain about a player, or block a player. Thus, it may be easiest to make sure that the “Collapse to System Tray” option is disabled in the EGL settings, or be ready to re-launch the launcher after starting Rumbleverse to invite or add friends using your friends list.

How to add friends and play with them

Apart from all these confusing things, it’s relatively easy to organize a Duo Party in Rumbleverse, all things considered. Here is a step-by-step process of how to do it exactly:

Get the Epic Games username from a friend who is looking for Duo Queue. Open the Epic Games launcher after starting Rumbleverse. Click the “Friends List” icon in the upper-right corner of the launcher, which is located to the left of the “Profile” icon and to the right of the “Wish List” and “Trash” options. Click on the second tab “Friends List” (the icon of an individual with a plus sign). Find his username (or accept his friend request if he sent it first). Click on his name in the results, and then click “Add an Epic Friend”. After adding them, they should appear on the “Friends” tab in the Rumbleverse friends list (click the big plus icon next to the player character on the “Play” tab screen). Players can then either invite their friends here via Rumbleverse, or their friends should have the option to “Join a Group” in their EGL friends list when clicking on the player’s name. Once they’re at the party, just make sure there’s a “Duet Battle Royale” in line and start searching!

This process can be a bit tedious, but the real Rumbleverse gameplay is more than worth the aggravation. Duo Queue in this game, in particular, has many small ways in which it differs from the Solo Queue game, so players should try it at least once to see what they prefer.

And, fortunately, even if the player does not have friends online, he can still queue up for Duo Battle Royale and fight with a teammate (in most cases).

Rumbleverse is now available for PC, PS4, PS5 and Xbox Series One and X/S.