Home Sport Rubio shows his class in the debut with the Suns; the Hernangómez... 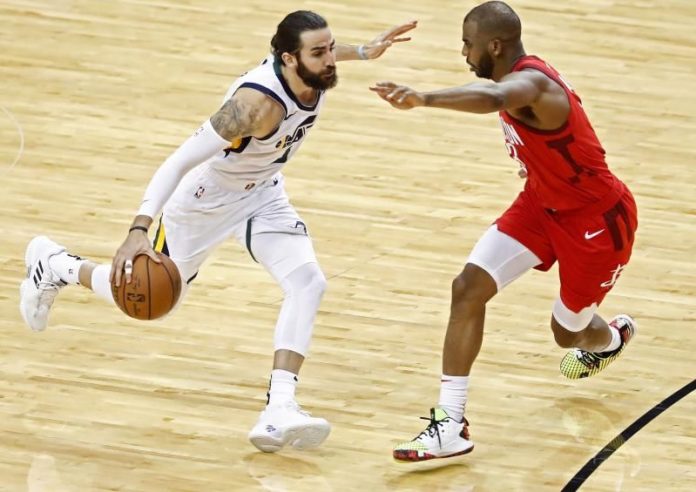 The Spanish base Ricky Rubio began his third stage as a professional in the NBA with the Phoenix Suns and did so through the big door by being one of the key players of the victory they achieved on the second day of the new season.

While the cross of the coin for Spanish players was carried out by brothers Willy and Juancho Hernangómez who began the session without minutes in the opening game of their respective teams of the Charlotte Hornets and the Denver Nuggets.

Pau Gasol, who recovers from the left foot injury he suffered last season and forced him through the operating room, was also not on the official list of the 12 players who presented the Trail Blazers in their duel with the Nuggets.

The one that did have all the prominence was Rubio, who understood perfectly with his new companions of the Suns and especially with the Spanish escort Devin Booker. Both helped the Phoenix team start the new season with a sweeping 124-95 win over the Sacramento Kings.

Rubio and Booker blend in perfectly under the direction of the new coach Monty Williams and not only exhibited with his game but also gave a show to conclude the game with two double-doubles in their individual performances.

Rubio made his debut with the Suns after signing this summer as a free agent with the Phoenix team and being elected the Most Valuable Player (MVP) of the last Basketball World Championship, played in China.

The Spanish base contributed 11 points and 11 assists after playing 30 minutes in which he scored 4 of 12 field shots, failed both triple shots, and made 3 of 4 from the personnel line.

The brilliance of Rubio in the handling of the ball and his passes to the best placed partner to throw in the basket was one of the keys of the overwhelming attack of the Suns, which began the new season full of talent and youth, something that the Spanish international recognized conclude the match

“We have a lot of potential, but it’s just a match,” Rubio said at the end of the match. “We have to show it every night. Tomorrow we return to work, we will train and we will seek to improve.”

If Rubio started at the door of success his new professional stage in the NBA, Willy Hernangómez continued in the same reserve situation without playing with the Hornets that started the season with a 126-125 victory against the Chicago Bulls, but the international Spanish did not play by decision of the Hispanic coach James Borrego.

The same fate ran his brother Juancho with the Nuggets that arrived in Portland, where they defeated the local team of the Trail Blazers 100-108.

Nuggets coach Michael Malone did not give the Hernangómez’s younger brother any minute.