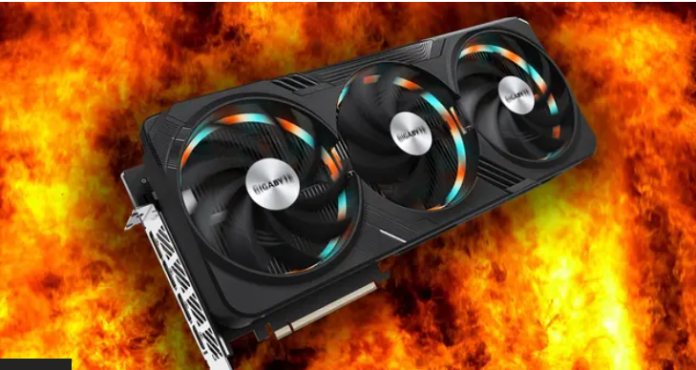 The RTX 4090 uses a brand new 16-pin power cable. However, one user reported that during the game, the power connector and cable melted on his GPU.

Reggie_gakill is not too happy with the result and will return the card to the manufacturer. He also reports that the problem was in the adapter, as the card is still working, but the adapter seems to have completely failed. The GPU used was specially manufactured by Gigabyte, which had other problems with power supplies that reportedly exploded last year. However, the actual error is probably related to the Nvidia power adapter from 16-pin to 4x 8-pin PCIe.

Why did the power adapter fail?

The power adapter from 16-pin to 4x 8-pin is large. On our 4090’s, the adapter sticks out so much that we can’t put a glass panel on our case. The adapter is hard, but if you bend them, it can severely damage the power connector.

It can be seen from the images that the contact points of the adapter to the video card port are to blame. This indicates a possible connection problem between the card and the adapter.

On the 4090 itself, you can see significant burnouts on the top row of the 16-pin power port. The adapter itself suffered much more, as it completely melted, making it unusable.

The images also show that the GPU is installed in an upright position. If the cable was ugly, the user may have tried to bend the adapter. With such a large current passing through the adapter, it could affect the contact of the contacts, which led to damage. The adapter is designed for a power of up to 600 watts, and through such a small port it is easy to understand how something like this could happen.

The damage seems to tell the story of what went wrong. For those who want to avoid the same results, it may be worth investing in an ATX 3.0 power supply. This way, you don’t have to use the adapter cable included with all RTX 4090 GPUs.