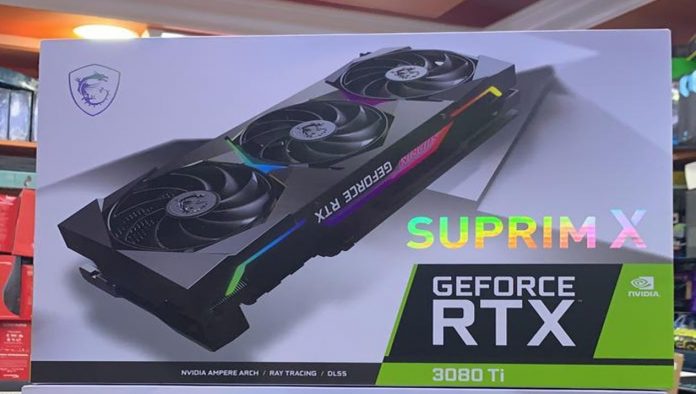 RTX 3080 Ti has not been officially announced, we’ve seen a lot of leak news about it. We are skeptical of all of them, as we have heard so many claims about the card. A photo shared on Reddit shows the box of an RTX 3080 Ti from MSI. However, the price information given in the share shocked.

According to Reddit user FaisalKhatib, the MSI Suprim X series graphics card was spotted at a store in the United Arab Emirates. Although the post was removed by Nvidia subreddit officials, the discussion continues under the post. Some users say this photo is not real, while others say it may be true, as for the RTX 3060.

We can say that the photos look quite real. According to the information contained before the post was removed, the price tag was set at $ 3500. Since the photo belongs to the United Arab Emirates, such an outrageous price can be met normally. Most likely, when the card is announced, it will appear at its normal price.

Even though May 31st was pointed out for the launch date, so many leaks came up for both graphics cards that there were not many details left to be curious about. The most curious detail at the moment; the price of the card. Since the RTX 3080 costs $ 699, we can expect a $ 1000 price tag for the RTX 3080 Ti model. Of course, we will learn these details on the day of launch.