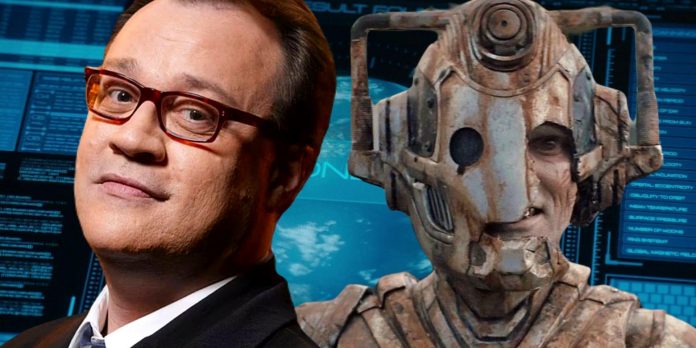 In the 14th season of Doctor Who, Russell T. Davis will return as showrunner with Nkuti Gatwa as the Fourteenth Doctor, but he can also atone for the abuse of a classic villain: Cybermen. In the new season, Jodie Whittaker will be replaced by a new Doctor, and showrunner Chris Chibnall will also leave the series. This new beginning gives Davis and his writing team a great chance to redeem the Cybermen who were constantly mistreated in the revival series.

The Cybermen, who first appeared in the classic Doctor Who series, are among the Doctor’s most recognizable antagonists along with the Master and the Daleks. In the revival series, they first appear in the second season on an alternate Earth, and then reappear to face the Daleks in the finale. They appear several more times in the era of David Tennant and Matt Smith before finally getting a prominent role in the Doctor Who season 8 finale of Peter Capaldi’s first season as the Twelfth Doctor. In this story, Missy (the incarnation of the Master) teams up with Cybermen, turning dead bodies to replenish their ranks. Cybermen also play an important role in Capaldi’s last story before the episode of his regeneration, in which Bill Potts turns into a cyberman, as both Missy and the Master (John Simm) find themselves in the spotlight again. The Thirteenth Doctor, Jodie Whittaker, also fights a rogue, partially converted Cyberman named Ashad, who eventually restores the glory of the Cybermen before the Master creates a new race of Cyber-Time Lord hybrids called the Cybermasters.

The biggest problem of the Cyberman in the era of the “New Who” is that the Master constantly outshines them, and Russell T. Davis can fix it. In Davis’ stories about the Cyberman, the Master never interacts with cyborgs, which gives them real freedom of action. His first two-part story featuring them makes them truly terrifying as they transform random civilians, as well as characters like Jackie Tyler from an alternate timeline, Rose Tyler’s mother (Billie Piper) from a parallel universe. This positions them as a real threat and a frightening force, and not just an army of infantrymen under the command of a Master.

How the Return of Russell T. Davis Saves the “Doctor Who— Cybermen” Storyline

Steven Moffat’s Doctor Who series (including the Eleventh and Twelfth Doctors) contains many promising stories about Cyberman, especially during the final episodes of Peter Capaldi in the 8th and 10th seasons of Doctor Who. The first episodes of both of these stories, “Dark Water” and “The World is Enough and Time”, make the Cybermen truly terrifying. “Dark Water” shows people with intact consciousness after death before conversion, and “Enough Peace and Time” shows the slow transformation of Mondas’ people into cybermen. However, both episodes are undermined by the involvement of the Master/Missy, which turns them into foot soldiers in the following episodes. Davis understands that Cybermen need to have a free hand to scare, and he can bring that back to the series.

The 12th season of “Doctor Who” by Chris Chibnol initially looks like a promising return of cybermen after the story “The Ghosts of Villa Diodati” tells about a scary lonely cyberman. However, the season finale eventually puts monsters on the back burner again, as the Master explains the origin of the Doctor as a Timeless Child, which significantly reduces the screen time of the Cybermen. This episode also shows how he creates “Cybermasters”, dead Time Lords transformed into hybrid cybermen with the ability to regenerate. The design of these variations is absurd, showing how far the Cybermen have fallen since season 2. Davis must return the villains to their roots in the 14th season of Doctor Who and make the Cybermen scary and irresistible again.

Rose Byrne Tries to Get Better in Physical Season 2 [EXCLUSIVE...