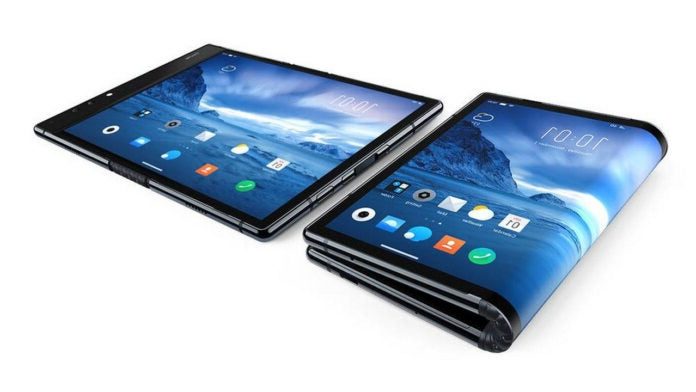 Producing the world’s first truly foldable smartphone, Royole has announced the launch date of FlexPai 2, a sequel to the series. The smartphone, which will be introduced at the end of March, will claim its power from Snapdragon 865.

While the giant companies have not yet adopted the foldable phone trend, Royole, which launched FlexPai, the first foldable phone in 2018, managed to attract many people’s attention with this ‘really’ foldable smartphone. The company, now known for its flexible and foldable screen production, made history for the first time for the successor of the highly acclaimed FlexPai.

The source of the claims is ITHome, a China-based technology organization. According to media agency, Bill Liu Zihong, CEO of Royole Technology, announced that by joining a program, the company’s next-generation foldable phone, FlexPai 2, will be introduced on March 25. According to previous claims, the company was planning to introduce its new generation foldable smartphone in MWC 2020, which was canceled due to Corona virus under the influence of the whole world.

FlexPai 2 will be introduced on March 25:
The China-based company has announced that it will not participate in the event before the MWC 2020 event is canceled. Making some remarks at that time, CEO Liu mentioned that the company would introduce FlexPai 2 just before MWC, and apparently the company is keeping its promise now.

Although there is no official information about the features of the smartphone, there are some rumors around. According to these rumors, the Royole FlexPai 2 will come with the Snapdragon 865 chipset that supports both SA and NSA networks. As you know, the first FlexPai models debuted with Snapdragon 855, the most powerful chipset of its time.

Although Royole started the foldable phone revolution in the mobile industry, it lagged behind giants like Samsung at the point of design and implementation. At this point, it is wondering whether the company will offer a more practical and more useful design than its predecessor. We can only see the answers to these questions in the coming days, when FlexPai 2 is introduced.

Kourtney Kardashian topless: she dazzles her fans on Instagram! (PHOTO)

Sharing ties with RM factories and with them

Trailer of the Additional Pack Coming to DOOM Eternal

Master Muten Roshi prepares his arrival in a new video