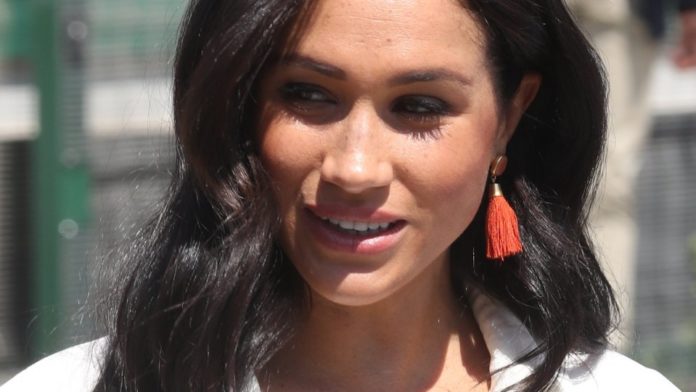 Duchess Meghan Markle and Prince Harry have rarely spoken so openly in front of a camera. Prince Harry and Duchess Meghan were accompanied on a trip through Africa in September by filmmaker Tom Bradby (52). The result was rare insights into the world and thoughts of the royals.

Royals: Meghan Markle and Prince Harry in moving documentary
Together with Baby Archie were the Royals in South Africa, Angola, Botswana and Malawi. The Duke of Sussex followed in the footsteps of his mother, Lady Di, who had worked hard in the fight against land mines in Africa. “It was quite emotional to follow my mother’s steps 22 years later,” Harry said of the moving project, “Everything I do reminds me of them!”

In the one-hour documentary about him and Meghan Markle, Prince Harry also spoke unusually openly about his mother’s death. She died in a car accident in Paris in 1997, when Harry was twelve years old. It is still a “festering wound”. “Every time I see a camera or its flash, every time I hear a click, it immediately brings me back there,” Harry said.

World Exclusive; Meghan tells me of the intense pressures of a life in the spotlight and the toll it has taken on her behind the scenes. pic.twitter.com/tpmeomj5UV

The duke’s biggest fear is therefore that his wife Meghan Markle has to undergo something similar to his mother. In a preliminary excerpt from the documentary, which will be released on Sunday, Meghan will also be confronted with it. First of all, she has to smile and think for a moment. Then the former actress says: “Any woman, especially if she is pregnant, is very vulnerable. That made it very challenging. ”