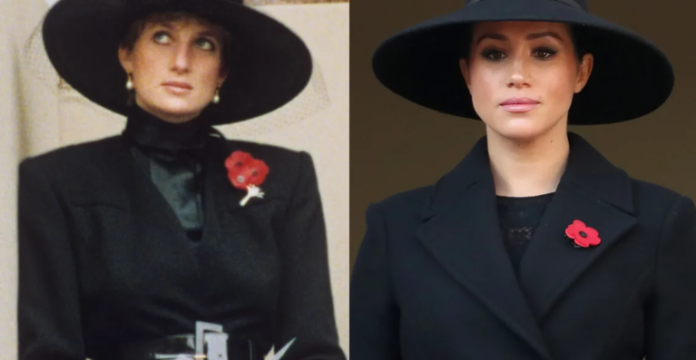 From the very beginning of their relationship, Meghan Markle was constantly compared to Prince Harry’s late mother, Princess Diana. A few years ago, Prince Harry said that he sees in his wife the traits of a mother. Meanwhile, it was also reported that the royal prince hoped that his mother’s siblings would fall in love with Markle because of the similarities between them.

The Duchess of Sussex was once again hailed as a kind and determined person, as was Princess Diana. Royal writer Alyssa Davis seems to have been very impressed by Markle’s kind act of buying baby food for a US citizen in the face of food shortages in the country.

It is noteworthy that a few days later, American actor Tyler Perry told about a touching incident in front of 800 guests at the Baby2Baby gala concert. A handful of Perry employees were in desperate need of baby food due to its acute shortage in the United States a few months ago. Praising Meghan Markle, Alyssa Davis said that this act of the Duchess was the most “Diana” act that she could do.

When Perry couldn’t find a way to help his employees, he decided to call his close friend Meghan Markle, who was in the United Kingdom to take part in the celebration of the platinum jubilee of Queen Elizabeth II. After learning about the plight of her friend, the Duchess wasted no time and went shopping in London herself to buy baby food.

Markle, who did everything possible for those in need, touched the heart of the royal author. She believes that the former actress did exactly what Prince Diana would have done in this situation.

“Meghan picked up Diana’s torch and carries it with the same dignity and grace that the legendary princess possessed all these decades ago, proving once again that she is also a princess of the people,” Davis said in the news.

It is noteworthy that Tyler Perry and Meghan Markle became good friends a few years ago. The Duke and Duchess stayed at the actor’s house after leaving royal duties in the United Kingdom two years ago. The couple lived in the Perry mansion for several weeks until they bought a house in Montecito.

Do you also think Meghan Markle looks like Princess Diana? Let us know in the comments.

Is the RRR based on a true story?