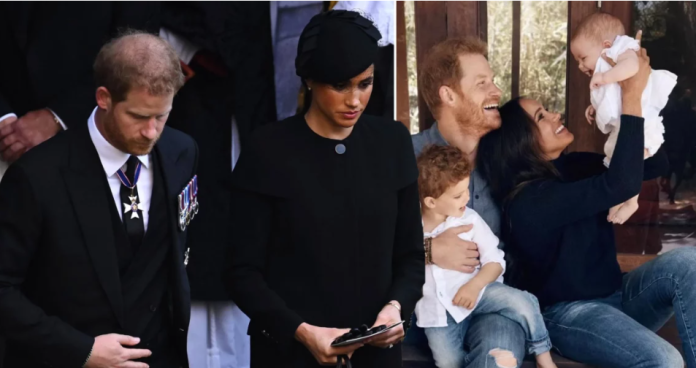 Meghan Markle has always been an independent and self-confident woman, not constrained and not limited by social conventions. The same was reflected in her decision to abandon the royal family when she and the Duke left the palace in 2020. Hence, from what we have understood so far, she has never felt the need for titles like Duchess or princess. . But what if it’s about her children?

According to the Mirror, Meghan Markle has recently changed her attitude towards the royal family in a striking way. Although she has always ignored royal titles, commentator Neil Sean has something to say.

Meghan Markle has thought about giving her children royal titles.

According to a well-known royal commentator, “It seems that Markle has changed her mind” to neglect titles for her children. This, according to Neil, is the result of her conversations with the princesses of the palace, Beatrice and Eugenie. Discussing titles with them, Markle realized that in order to move in the right circles, especially as a royal family, they needed to keep their titles intact.

She also understood how Prince Andrew had to put a lot of pressure on his children to get these titles. After much thought, Markle realized that the titles were very useful to both princesses of the family. Consequently, although she has never cared much about the position she occupies, she finds it necessary to give her children the titles they rightfully deserve. At the moment they are known only as Archie Harrison Mountbatten-Windsor and Lilibet Diana Mountbatten-Windsor.

This is happening against the backdrop of heated disputes between the palace and the Sussex. Recently, there has been quite a lot of controversy about the deprivation of titles of both Meghan Markle and Prince Harry. However, experts also speculated that this would not affect them anywhere, as they would still be legitimate Harry and Meghan.

What do you think about this? Do you think the Duke and Duchess will be able to achieve titles for their children?

A Journalist From The USA Calls a “Real Fan” of Buying...