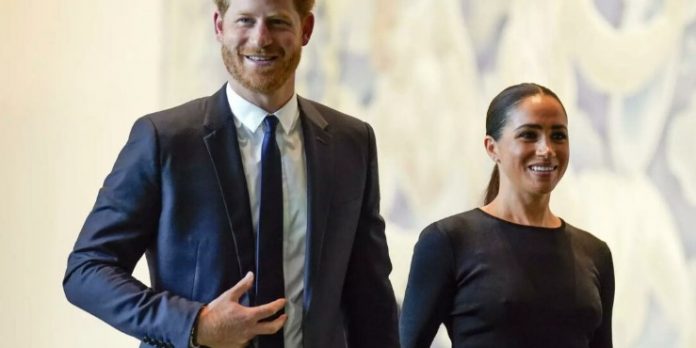 The drama surrounding the future of Prince Harry and Meghan Markle in the royal family will not end anytime soon. Sussex has always been a media darling, especially the British tabloids, since they met. However, the death of the queen again attracted the attention of the world media to the couple.

Every day there are new news about Harry and Meghan on the web. The Duke and Duchess of Sussex will experience increased media attention in the coming months due to their upcoming memoirs and documentary series. It is believed that Harry and Meghan expect a lot of sympathy and recognition, as the memoirs and Netflix shows will reveal a rather dark side of the royal family.

While the world is looking forward to the Sussex couple releasing a TV series and a book, royal writer Sele Otnes believes that now is not the right time for Harry and Meghan. She believes that the widespread coverage of the Queen’s funeral may have already bored Americans due to the lack of a real connection with the royal family of Great Britain.

Thus, people in the USA are unlikely to show much enthusiasm for the products of the Duke and Duchess, according to the author. Otnes also suggested that former high-ranking members of the royal family should leave the spotlight for a while and catch up on their lives in the United States. Just a few days ago, the couple returned to California after staying in the United Kingdom for more than two weeks due to the death of the Queen.

“I don’t think Americans care so much about their brand. We Americans may be a little tired of the royal story after everything the Queen has covered,” the royal author told Express.

She also said that other political and economic programs, such as the midterm elections, could overshadow Harry and Meghan.

Do you agree with the opinion of Sele Otnes about the Harry and Meghan book and the Netflix documentary series? Let us know your opinion in the comments below.