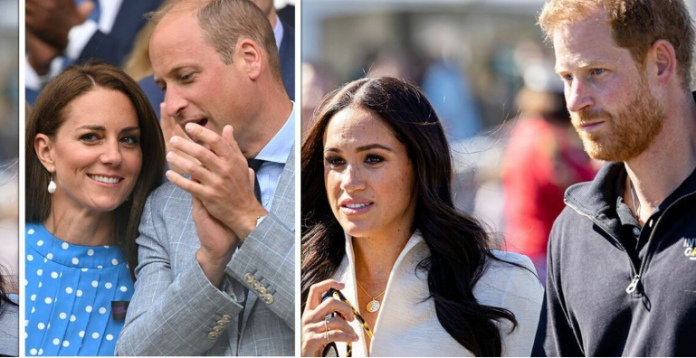 Prince William and Kate Middleton are touring the US for the first time since Prince Harry and Meghan Markle moved to California. Unlike the long royal tour, the Prince and Princess of Wales will make a short three-day trip from November 30 to December 2. The main highlight of the tour is the royal couple presenting the second season of the Earthshot Awards in Boston. .

There are certain concerns about the visit of Prince William and Kate Middleton to the States. The audience received the couple well in their first two tours. However, that was many years ago, and the Sussex’s explosive interview with Oprah Winfrey last year could have changed a lot. The royal expert believes that the Prince and Princess of Wales will be showered with a lot of flattery in the US, because people are just crazy about them.

Americans are skeptical about Prince Harry and Meghan Markle

Kinsey Schofield has denied claims that the image of Prince William and Kate Middleton is tarnished among Americans because of Prince Harry and Meghan Markle. A royal correspondent from the United States believes that Americans are completely crazy about the future king and his future queen consort. She added how people are interested in the relationship between the Duke and Duchess of Cambridge. Schofield is one of many royal lovers who are traveling to Boston for the royal couple’s gala reception.

“American royal observers are absolutely crazy about the Prince and Princess of Wales. Americans and the American media love Prince William and his Princess Catherine,” the royal commentator said during a conversation with Express.

In addition, Kinsey Schofield shadowed Prince Harry and Meghan Markle for their accusations against the royal family. The Royal Observer stated that few people in the United States had brought Sussex victim cards. She believes Markle has been complaining about her life in the palace for longer than she has been a current member of the royal family.

The main goal of the US tour is to regain people’s trust in the royal family. They will hope to earn love and control the damage caused by Prince Harry and Meghan Markle.

Are you looking forward to the Prince and Princess of Wales’ US tour? Let us know in the comments.