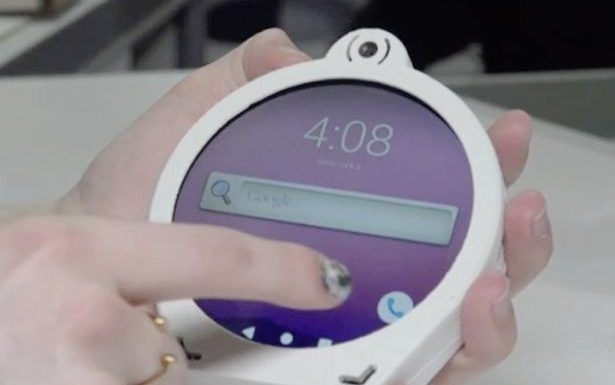 Cyrcle’s round smartphone is designed to destroy all patterns with its distinctive design, though it doesn’t make a difference with its features. The phone’s planned price tag is destroying some of these prospects.

What would be your answer if we asked you to visually describe the term telefon smartphone?? Probably almost all of us would describe it as a black-frame, rectangular, big-screen device. Have you ever thought of using a smartphone to break this pattern? If your answer is ‘yes ım, let’s introduce Cyrcle.

In fact, Cyrcle isn’t the company’s first ‘different’ smartphone. The company unveiled its first rounded smartphone in 2016 with 2G support. Since then the device has been developed to support 4G LTE, 4.5G. What’s more, Cyrcle, the manufacturer, plans to sell this phone in the first half of 2021 with a price tag of $ 700.

For those who want differentiation: Round smartphone Cyrcle
Cyrcle is a generally rounded smartphone with a flat on one side and an external pull on the other. We fully agree that the device is not like any smartphone you’ve ever seen before. It can even be said to be more like a gigantic smart watch than a phone. But this is not the goal anyway: Break the molds.

This round smartphone with a 3.45-inch touchscreen works with the Android 9 Pie operating system. Since the device has a round screen, the application interfaces have to be configured accordingly. Christina Cyr, the CEO of the company, said that they take user feedback into account, reducing the size of the square-shaped interfaces of popular applications to fit the screen.

Cyrcle is definitely not a premium smartphone. In fact, the prototype of the device exhibited in the CES 2020 was created with a 3D printer and there were many design errors. However, the device has 2GB of RAM, 16GB of storage, a 13 MP camera on the front and back, Bluetooth 4.2 support and a 2,000mAh battery.

In terms of hardware, this round smartphone, which is behind modern smartphones, has two 3.5 mm headphone ports instead of one. Because Cyrcle thinks that young people might want to share their songs with their friends. Cyrcle also supports dual SIM cards.