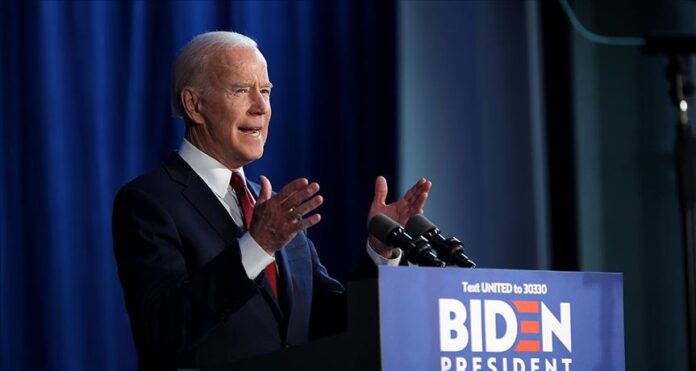 Nobel Prize-winning economist Nouriel Roubini, known for his negative attitude towards the cryptocurrency industry and Bitcoin, believes that the new president of the US, Joe Biden, will put more pressure on cryptocurrencies. In his poison-spring statements, the economist also compared the crypto money industry to the “septic tank”.

With his latest statements, famous economist Nouriel Roubini, who compared Bitcoin to a “bubble about to burst”, revealed his negative thoughts about BTC this time on Twitter. The economist, who is involved in the ongoing discussion on Twitter about US fixedcoin regulations, said that the new president Joe Biden and Janet Yellen, who is expected to be the head of the US Treasury Department soon, will stick to cryptocurrencies.

From Roubini to a pro-BTC lawyer: You’re dreaming!

Pro-Bitcoin and cryptocurrency lawyer Jake Chervinsky posted a tweet on December 24 to comment on the “STABLE” bill, which plans to bring certain regulations to fixedcoins. Chervinsky argued that this plan is not viable at the moment, citing the words of current Treasury Secretary Steven Mnuchin.

Roubini not only disagreed with Chervinsky, but accused his lawyer of being deceived about this issue. Quoting Jake Chervinsky’s tweet, “you’re dreaming”, the economist suggested that the new administration will collapse on cryptocurrencies under both tax and Know Your Costumer frameworks.

“Starting with Yellen, my boss at CEA, Biden’s team will suppress the septic tanks of these tax evaders and cryptocurrency / shitcons that escape AML-KYC-TFC obligations much more than Mnuchin.”

Can Bitcoin be banned?

Although the government’s ban on the use of Bitcoin is always seen as a feared scenario for crypto money and Bitcoin investors; According to most people, such a ban is not possible. Especially with the fixedcoin bill and then the XRP move from the SEC, this fear in the cryptocurrency world was increasingly fueled.

According to many people in the cryptocurrency space, due to the decentralized and anonymous nature of Bitcoin, a possible ban cannot harm Bitcoin. Moon Capital, one of those who shared this idea, is against those worried about the bans; He replied that in order for Bitcoin to be completely destroyed, every existing Bitcoin must be physically found and these computers must be destroyed, and this is not possible.

In line with Moon Capital’s statements, Saifedean Ammous, the author of the book “The Bitcoin Standard”, also expressed his opinion that Bitcoin cannot be banned.

“If people want to use it, they will find a way. If you want to stop it, you must undermine the desire to use it. “

A Turk in France Lost his Life Due to Corona Virus