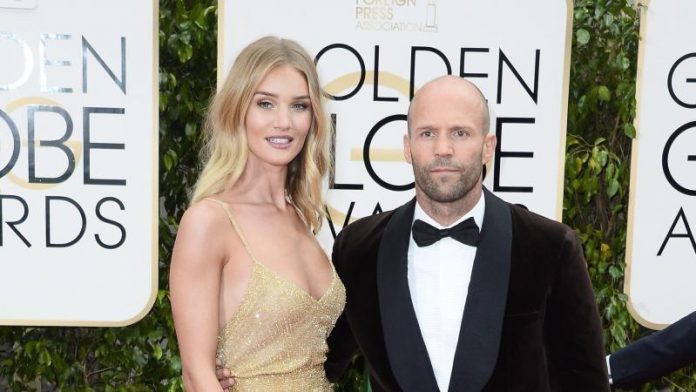 Jason Statham (54) and Rosie Huntington-Whiteley (34) have their second child together. The British model announced this on Instagram. Rosie, who has been with the actor since 2010, posted several pictures. On one of them, she can be seen with a distinct belly.

Another little action star is on the way! Off to the second round

The 34-year-old writes: “Taa daahhh !!” She also uses the hashtag # round2 to confirm that she is expecting another child. The actor and the model, who are best known from action films, already have a son who was born in the summer of 2017. They have been engaged since 2016.

Numerous celebrity friends also left their congratulations in the comments. Among others, the Swedish model Elsa Hosk (32), Elle “The Body” Macpherson (57), Lily Aldridge (35), Karolina Kurkova (37), and the actress Hailee Steinfeld (24) were congratulated.