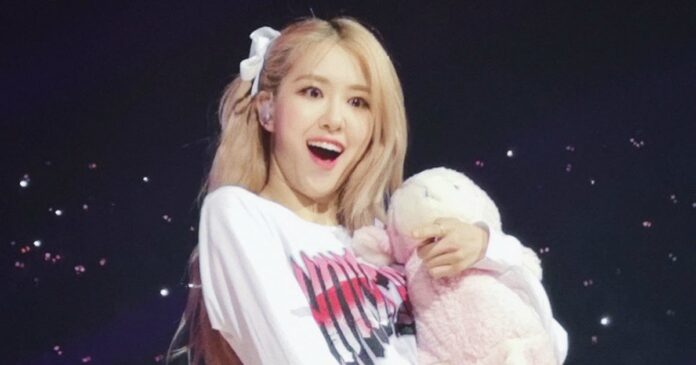 The BLACKPINK singer showcased her musical talents on her stream. Rosé filled with good energy her millions of fans who enjoyed her voice in a very emotional concert .

The BLACKPINK singer joined the #StayHome movement , in addition to inspiring her fans to stay at home, the ‘Whistle’ singer shared her artistic skills with hundreds of BLINKS .

Through the idol’s Instagram account where she accumulates more than 23 million followers, Rosé performed a live concert, the singer performed some very famous tracks such as: ‘Somebody Else’ by the band The 1975 and ‘The Only Exception ‘from Paramore.

Park Chaeyoung played the guitar and piano , demonstrating her artistic quality. She was accompanied by her producers and great friends Loren, Vince and Soonho, who supported the idol, during the broadcast her BLACKPINK colleagues sent her loving messages in the chat.

Osaka, u were wonderful. I had SO much fun on stage and I love u all so much. We were also incredibly grateful to have performed at the Kyocera Dome for two whole nights. Blessed and very thankful. We hope to be back. Fukuoka, ur next!

Rosé at all times was happy to interact with her fans. The mention ‘ Rosé ‘ became a trend in social networks, BLINKS showed their love for the singer with different posts .

If you couldn’t see Rosé’s acoustic concert in full , don’t worry, the idol saved the video of more than half an hour on her IGTV on Instagram so that her fans can enjoy her voice whenever they want.

YG Entertainment has taken action after protests by BLACKPINK supporters, the company has started looking for experts in different areas to better follow up on BLINKS requests.