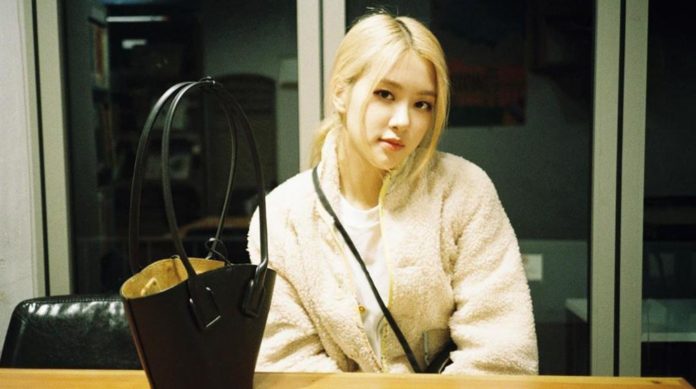 Rosé is one of the girls who are part of the South Korean women’s group, BLACKPINK. A band made up of four women; which, since their debut have achieved great recognition, attracting countless fans, which they call BLINK. :3

After some demonstrations in which the followers of the idols began to demand the agency for more music and new things that they could offer to the fandom, comes a cover played by Rosé, in which you can appreciate his great vocal talent, and Yes, the huge Christmas spirit that managed to infect us.

“The Christmas Song” is a Christmas classic since 1944 that was written by Mel Tormé and Bob Wells. From that time to the present, the single has had a lot of versions, including artists such as: The Nat King Cole Trio, Christina Aguilera, Céline Dion, Frank Sinatra, The Jackson 5, John Legend, Michael Bublé, Stevie Wonder and now, Rosé. YASS!

Each and every one of the covers mentioned above, have had the touch of each singer, and Rosé has not been left behind. Well, the slow and warm essence of the song has been respected, managing to fit the style of the idol with its sweet and angelic voice.

Fans could not contain themselves, and they have expressed their gratitude for such an incredible Christmas present in advance, positioning the girl in a worldwide trend with the # CHRISTMASWITHROSÉ.

Selena Gomez in the mountains: she addresses her fans for Christmas!