Home Celebrity Rose from BLACKPINK told about the scariest moment she has ever... 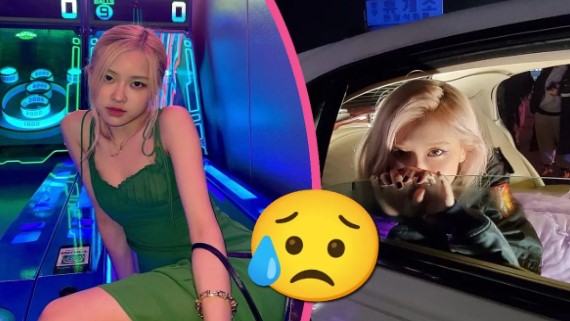 Not only does Roze show how cool she is on stage, this idol from BLACKPINK also shares with fans her true feelings about what scares her and when she feels most comfortable.

Since the day of their debut, these girls have been collecting hit after hit, increasing their fame by the minute and reaching all corners of the world with their music. However, fans know that despite this, the BLACKPINK members had difficulties, and the idols had exciting moments.

But have you ever thought about what is the most difficult part of a K-Pop singer’s career? The history and path of each artist is different, but recently Roze opened her heart to share a piece of it from her point of view.

Read on and find out what scares this YG Entertainment singer and what makes her feel more comfortable in her music career.

In a recent interview that Roze gave to Harper’s BAZAAR Korea, she admitted that when it comes to the creepy moments in her career, there is one that stands out, and that’s when she thinks about all the time she and her colleagues from BLACKPINK spent away from home. from his fans. .

For a long time, it was difficult for girls to meet BLINK in person, and looking back, idol thinks that although there were moments on stage that she liked more than others, now she knows that this is where she belongs, and she is afraid of it. the fact that she couldn’t get in touch with his fans for a long time.

BLACKPINK IS A SAFE PLACE ROSE, AND SHE EXPLAINS WHY

But not everything in this girl’s career is difficult and in fact there are many good things for which she is grateful to her, but choosing the moment in which she feels most comfortable, she did not hesitate to choose any moment in who is with her group of girls. AWW!

The reason for her choice is that she really feels that they are like a family, and over time this feeling becomes even stronger.

As for other K-Pop news, GOT7’s BamBam revealed when the band’s long-awaited comeback will take place and will there be any other surprises, what did the singer say?

Crazy! Demi Rose has nothing left: This is going to explode!