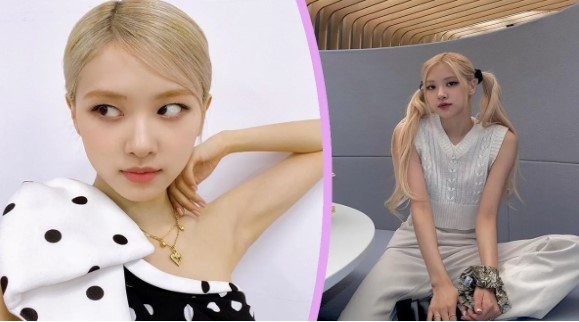 In addition to the long-awaited return of the female group, BLACKPINK are planning to go on tour and perform on various stages, where they will be supported by BLINK. What is Roze most excited about returning to live performances?

It has been a long time since the last musical comeback of YG Entertainment idols, but it has never been boring for BLINK, as the girls from BLACKPINK started solo projects, gave us great songs and even attracted the attention of the whole world.

Despite this, there is no doubt that K-Pop fans are looking forward to BLACKPINK’s return to the stage and this time as part of the group. It is known that they are preparing for a comeback, as well as for a tour that may take place in the second half of 2022, so soon the idols will meet with fans again.

Although this news has excited all the fans of idols, the members of the female group are also happy about it, as Roze admitted in an interview.

The Gone singer met with ELLE Korea, and it was inevitable that the topic of her return to concerts would come up, Roze noted that this is one of the moments she is most looking forward to, because although there is still no definite date, we can be sure that a reunion with BLINK is coming:

I’m so excited to think about the day I’ll perform in front of our fans again. I feel like I’m looking forward to my birthday, which is just around the corner.

BLINK — MOTIVATION ROSE, IDOLA PREDICTS HOW THE RETURN TO THE STAGE WILL BE

After several years of a break from performing in front of a live audience, returning to it may seem discouraging, but Roze is sure that after seeing BLINK, everything will be fine, and she will be able to show her best side.:

I think I can meet the beauty of the stage and work harder.

Are you looking forward to the return of BLACKPINK? In the meantime, we inform you that CL has just released a new video, and here you will find the details.

In the world of K-Pop, TWICE gave a successful concert in Los Angeles, and we will tell you what were the best moments.

ARMY celebrates a month since the premiere of ‘Sweet Night’