Home Entertainment Rosé, CL, Lay, and More K-Pop Idols Who Have Been To The... 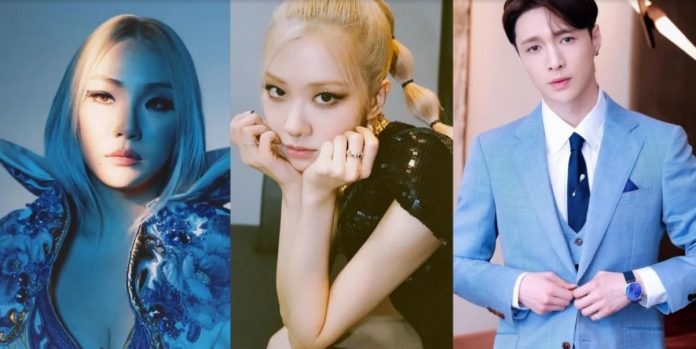 This year the Met Gala 2021 had the participation of Rosé and CL as guests, but they are not the only stars of the K-Pop industry who have walked the event’s carpet.

Asian and K-Pop artists are also present at the fashion show known as the Met Gala.

A highly anticipated show by fashion and celebrity admirers is the Met Gala, this event was put on hiatus last year for safety reasons and to take care of the health of the attendees, but now that things are better in the United States, the gala was able to take place.

The gazes of K-Pop fans were fixed on the show thanks to the announcement that Rosé would be part of the show for the first time, but she was not the only idol who made her way onto the carpet in a striking look.

2NE1’s CL also paraded modeling an outfit that earned five stars, but in case you didn’t know, other Asian and K-Pop stars had been part of the gala before, here’s who they are.

IDOLS AT THE MET GALA AND THEIR LOOKS

This 2021 the idol wore a black and white dress that is part of Saint Lauren’s designs.

It is a piece that highlights a stylized bow in a light color that was inspired by the cinema of the United States.

The 2NE1 member also attended this 2021 and stole the eyes for her spectacular look that combined the details of American fashion with that of Korea.

Her outfit in jeans design made her shine, but simultaneously a detail in the form of a knot in the front as well as her elegant hairstyle reminds us of the ancient culture of Korea.

The EXO member was part of the Met Gala 2019, he wore a black suit with sports-style shoes, but the details were the key to his look.

His suit included white strokes that were in the style of a painting, creating an effect often.

Singer Rain came to the Met Gala show during the event organized in 2015.

The interpreter had the support of fans who came to see his exciting arrival.

In 2013 Siwon and PSY were also present at the Met Gala and wore elegant suits.

They cheerfully waved to the cameras while having a good time.

BTS: 5 Songs That Jin Recommends You From His List on...