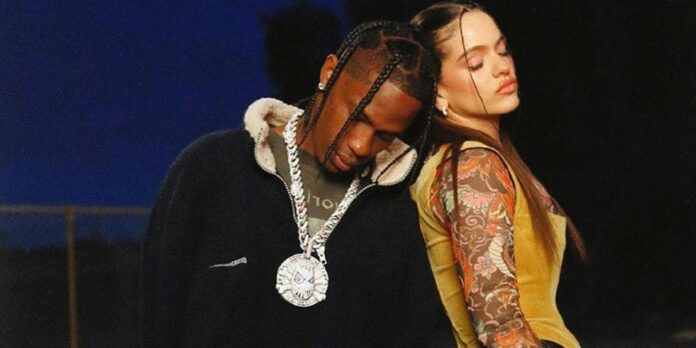 Rosalía and Travis Scott released the music video for ‘TKN ‘, their first collaboration.

The singer of ‘Con Altura’ has been very well received within the international music industry, she was invited to perform at the 2020 Grammy Awards. Her aesthetic and artistic proposal, which are inspired by Spanish and Gypsy culture, are the hallmarks of identity. most powerful of the singer.

Rosalía had presented some advances of this teamwork with rapper Travis Scott, some time ago she revealed small spoilers for ‘TKN’ on her social networks. Today, the performer and rapper released the official video of their collaboration.

The video for ‘TKN’ takes place in a very urban environment, between houses and supermarkets, Rosalía dances accompanied by several children, the rhythms and sounds of ‘TKN’ are very varied, the lyrics of the song address the importance of relationships between people and the trust.

Travis Scott demonstrated his ability in the Spanish language, because in some parts of the song ‘TKN’ the interpreter of the track ‘Highest In The Room’ is heard speaking a little of Rosalía’s native language.

The director of the ‘TKN’ clip was Nicolás Méndez better known as CANADA, he has worked on projects with important artists such as The Weeknd and Tame Impala. CANADA was also in charge of directing the videos of ‘Malamente’ and ‘I think of your gaze’ by Rosalía.

Watch the full video of ‘TKN’: