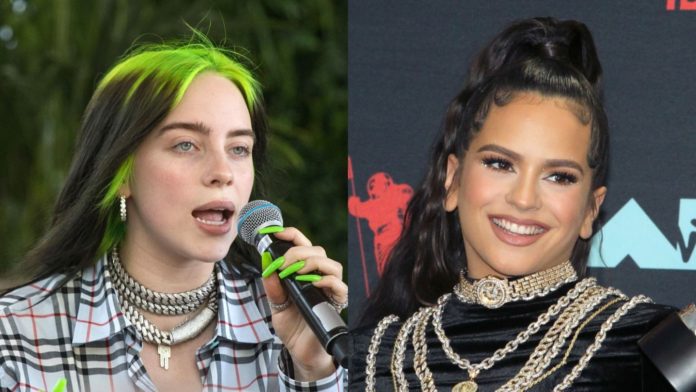 The singer sent her a message through a video on Instagram so that they can continue with the project that started long ago.

The Spanish singer has shared a series of stories full of music from her Instagram account , however the one that stood out the most was a call to Billie Eilish who asked her to make it possible for them to finally release their collaborative song .

Rosalía used this social network to share with her followers a little of what keeps her entertained during this quarantine and, at the same time, she took a look at her playlist , since the singer held a karaoke session that included singers like Dua Lipa , Daddy Yankee, Ariana Grande and even Beyonce.

Of course Billie Eilish was also present in this list, but while Rosalía interpreted one of her melodies, she also left her project they have been talking about, the singer I add a ‘first notice’ in Spanish, making it sound like a fun scolding .

It has been talked about for a long time that these girls were working on a musical collaboration , so their fans have been waiting for the moment when this comes true and they can finally hear their voices together.

Rosalía recently said that the song was almost ready to be released , the only thing missing was for Billie to send the recording of her vocal lines , but apparently even after that statement to Variety, Rosalía has failed to complete the work for this song.

Watch here the full video of the stories that Rosalía posted about Billie :

Emily Ratajkowski’s look of the day caused a sensation