Home Celebrity Rosalía reveals the name and cover of TKN, her … 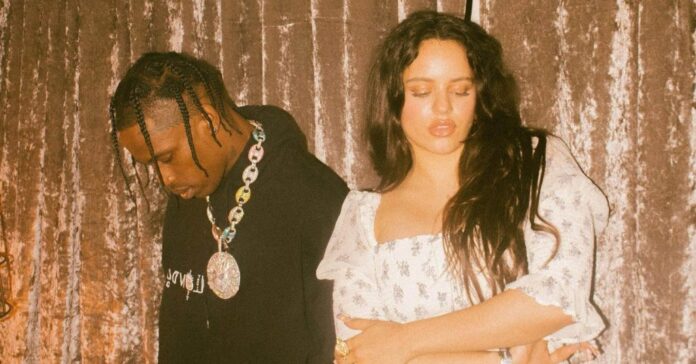 Summer is coming and although some celebs paused their activities and canceled their 2020 tours, some have begun to resume their agendas and have made several launches.

Rosalía, known for her urban music, is ready to give you a new single that will make you dance and sing, the Spanish joined forces with Travis Scott and the name, cover and preview of this song has already been revealed.
Through her Instagram account, Rosalía shared a photo with Travis, which is the cover of her single titled “TKN”. The singer accompanied her publication with the message “It is coming”.

Previously, in his Stories, he also shared a video where he hums and reveals a fragment of TKN, a preview that allowed part of the chorus to be heard. It is not the first time that they collaborate, both did it with the remix of Highest in the room.

There is no release date yet and it is not known if there will also be a music video, but many fans on social networks have already expressed their excitement for the collaboration, since Travis is a very popular rapper and Rosalía is one of the current representatives of the urban genre.

Your summer will have a lot of music that will make your quarantine happy.

REVEAL THE LAST MESSAGES GOO HAD COMMANDED BEFORE DIE

Will The Visit of Prince Harry and Meghan Markle to The...