Home Celebrity ROSALIA AND KYLIE JENNER MEET AT THE END, SO IT WAS AS... 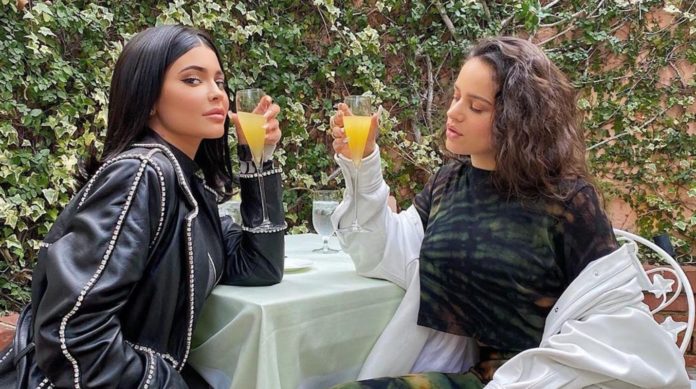 It seems that since Travis Scott worked with Rosalia, Kylie Jenner became a big fan of the Spanish, she even uploaded several videos to her Instagram stories where she listened to her songs.

And now, it seems that the socialite realized the dream of every fan to meet one of his favorite artists. Rosalia and Kylie, it was the combination you needed but did not know. We tell you all about your meeting.

Rosalia traveled to Los Angeles to attend the Harry Styles concert, so she took advantage of her visit in the city to visit Kylie and they both had an exit as if they were the best friends around the world. Awwww! The singer decided to share a photo of their meeting and apparently both were very happy to meet.

Kylie also shared posts about her departure, even titled her tweet with “My Mother, Rosalia” and assured on Instagram that she loved the vibes transmitted by the singer.

Some fans on social networks were very surprised by this “crossover” because both girls, although they are fashion lovers and stars of social networks, have nothing in common but they gave themselves the time to live together. LOL