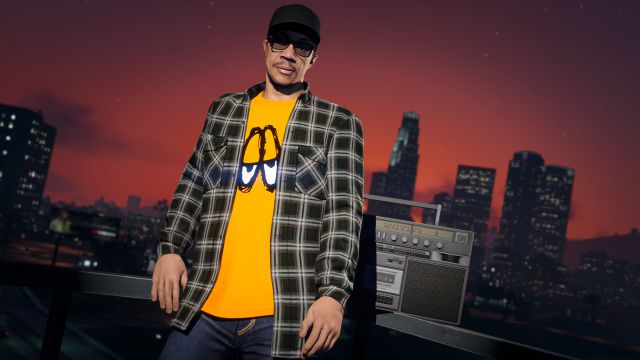 GTA Online: As part of The Contract, the new GTA Online story, the game is updated with a new frequency that welcomes the Spanish artist. Rockstar Games has announced the arrival of a new station for GTA Online, the multiplayer mode of Grand Theft Auto V: MOTOMAMI Los Santos. As part of The Contract, the new history of the game in its online aspect, the airwaves of the city of Los Santos receive with open arms an exceptional collaborator, Rosalía, who arrives as presenter this December 15, 2021 along with all the rest of the news.

GTA Online will release the first single from Rosalía’s next album: MOTOMAMI

MOTOMAMI Los Santos will also feature Arca, a longtime Rockstar contributor, as well as a host of artists from all genres; including music by Rosalía herself, Arca and a new exclusive production by Keinemusik, from The Music Locker. This station will be made up of a varied selection of artists, such as Caroline Polachek, Daddy Yankee, Mr. Fingers and Aventura, or “LA FAMA” with The Weeknd, the first single from ROSALÍA’s next album, MOTOMAMI. It will also feature songs from Arca and an exclusive Bad Gyal song produced by Keinemusik of The Music Locker and much more.

On the other side of town, Radio Los Santos resident DJ Big Boy announces the premiere of exclusive new music in GTA Online. To highlight, new songs from Freddie Gibbs, TiaCorine, Mike Dean and many others; as the exclusive debut of a new CircoLoco Records release with Nez and ScHoolboy Q. In total, Big Boy will offer tracks by Hit-Boy, Freddie Gibbs with Pusha T, TiaCorine produced by Kenny Beats, Rich the Kid, Offset, Mozzy with YG , plus music by Saweetie, Future, Tyler, The Creator, Kodak Black and others. Mike Dean and ScHoolboy Q join the guest list with special cameos.

If we go to West Coast Classics, DJ Pooh will broadcast a special called “Dre Day”, which will include a selection of tracks that highlight the career of his friend Dr. Dre. For example, “The Next Episode” and his work with 2Pac, Snoop Dogg, Mary J. Blige, Blackstreet, Ice Cube, Nas and JAY-Z, along with phone calls from some of Dre’s friends and collaborators.