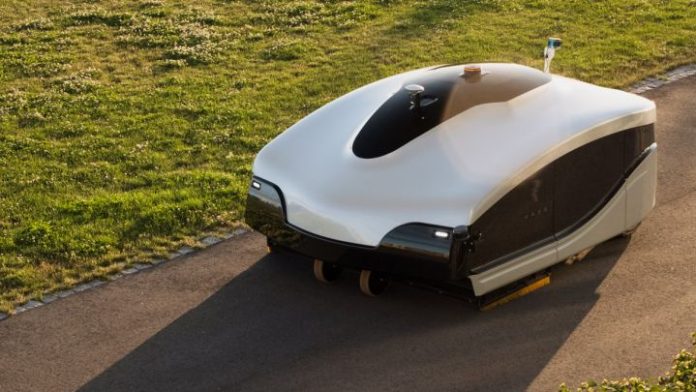 Roomba: We tend to think of robots as something futuristic, but the truth is that we have had the first units at our service for quite some time. For example, the popular Roomba, a robot vacuum cleaner that in 2002 -the year of its premiere- was the latest in technology and part only for people with money, and today many people have it working at home.

In itself, it is a device loaded with sensors, which analyzes and detects the environment to move autonomously, and scans for dirt to clean.

Tombia, the Roomba for cities

If you walk through a city at dawn – something we want to do again – you may come across the cleaning services of your city council, which are usually small vehicles operated by a user and equipped with a roller and water hoses. Pressure. What if we mix this concept with that of the Roomba? The result has its own name, and is called Trombia.

The city of Helsinki is testing a quiet, emission-free robot in an attempt to find new ways to keep streets clean with minimal disturbance to residents. And the device is Trombia Free, a vehicle that had its first contact in the last week of April, patrolling during the week on a busy street (Välimerenkatu) and a bike path (Baana) in the Jätkäsaari area of ​​Helsinki.

Trombia Free is 3.53 meters long, 2.3 meters wide and reaches a top speed of 10 km / h limited to 2-6 km / h when in cleaning mode. And it is described as “the world’s first fully electric and autonomous street sweeper.” Its creators point out that the device only consumes 15% of the energy and a fraction of the water of conventional cleaning machines and does not generate emissions.

The test has monitored the noise level and efficiency of the street sweeper, as well as its broader benefits and limitations. The machine can detect obstacles and pedestrians in its path and stop, but Trombia Free will always be accompanied by an operator to account for its effectiveness, at least initially.

Will we see Trombia or at least its concept expanded to autonomous sweepers through the streets of the world in the medium – long term future? What will become of the human sweepers?

Architectural thinking in the Wild West of data science