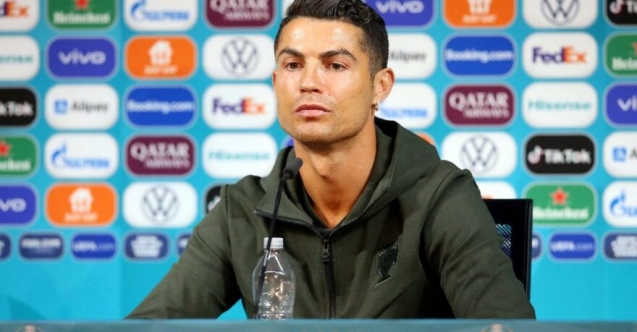 Ronaldo’s speech at the press conference before the Hungary match in EURO 2020, saying “Drink water” by removing Coca-Cola bottles from his front, made the fizzy drink giant lose 4 billion dollars. Coca-Cola has not yet made a statement for the movement of the world-famous star Ronaldo.

Cristiano Ronaldo, who has managed to become one of the first two names that come to mind when it comes to football in the last 12-13 years, together with Lionel Messi, manages to be on the agenda with the ‘goals’ he scored off the field as well as on the field. Lastly, Ronaldo, who was in front of the microphones before the Hungary match in Euro 2020, went viral on social media by showing his thoughts about carbonated drinks in front of the cameras.

As you know, FIFA and UEFA make sponsorship agreements with many companies for their official organizations, and Coca-Cola is among the sponsors of EURO 2020. Cristiano Ronaldo, who was uncomfortable with the Coca-Cola bottles standing in front of him during the press conference held on Monday, put the bottles out of the frame, showed the water bottle in his hand to the cameras, said “Agua” (Water), and suggested people to drink water instead of carbonated drinks in a sense.

Ronaldo’s attitude towards carbonated drinks, which are known to have various harms to human health, went viral on social media, and the 36-year-old star football player met with all kinds of praise. However, Ronaldo, who knows that his body is his biggest capital and has managed to stay physically strong even at the age of 36 by paying maximum attention to his health, is not taking a stand against carbonated drinks for the first time.

Ronaldo, who has made some statements on this subject before, conveys that his eldest child, Cristiano Ronaldo Jr, consumes these products from time to time; “Sometimes I get mad at him because he drinks Coca-Cola and Fanta. I argue with him over snacks like chips and chips. He knows I don’t like it,” she said. 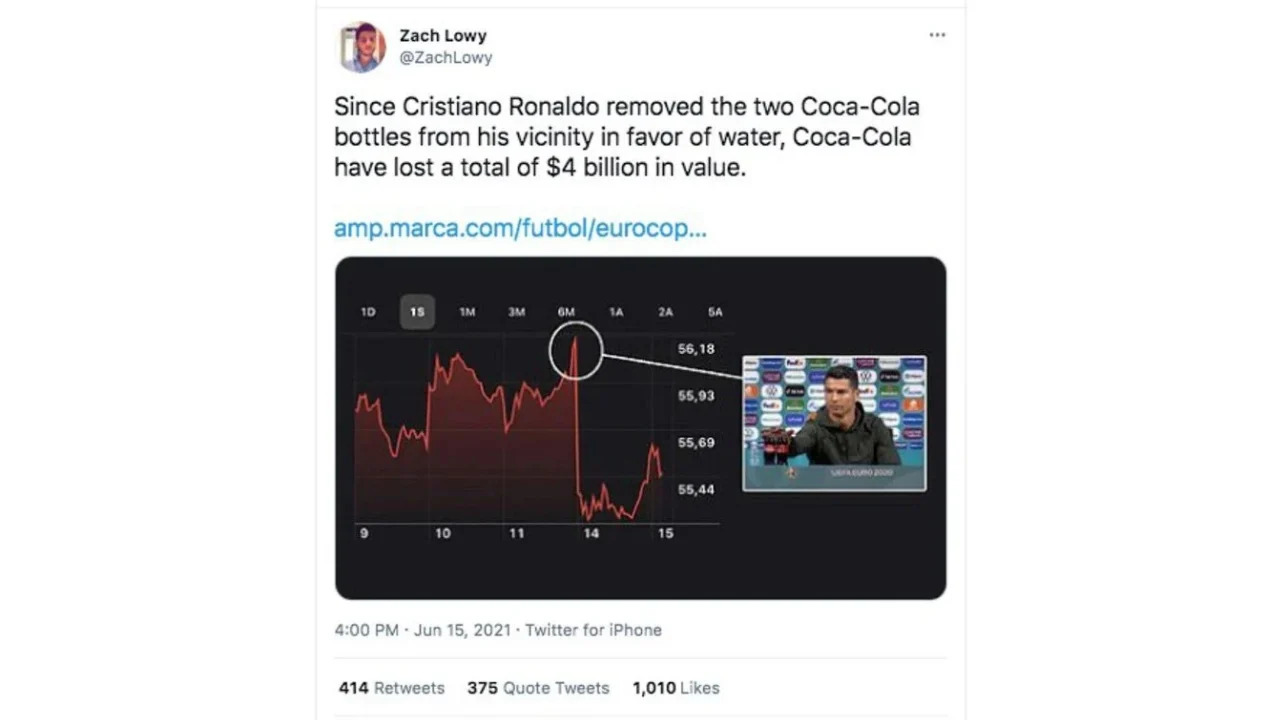 Ronaldo’s opposition to this fizzy drink cost Coca-Cola, one of the main sponsors of EURO 2020, 4 billion dollars. When the stock market opened on Monday, Coca-Cola, which had a value of $ 56.10 per share and a total of $ 242 billion, fell to $ 55.22 per share, a total of $ 238 after Ronaldo’s viral move. Although UEFA or Coca-Cola has not yet made a statement against this move, which could damage the tournament’s sponsorship agreements, we may see a small penalty if the shares are affected further negatively.