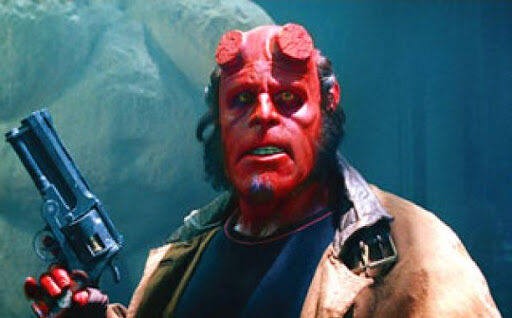 Ron Perlman has opened up about being replaced in the ill-fated ‘Hellboy’ reboot last year, insisting that he would still love to return as the title character.

The actor only had good words to say about David Harbor, who took on the role, and told Somagnews that “he is a very good guy and a very good actor” and that, as far as the movie is concerned, “I expected the the best for him ”.

Unfortunately, that did not happen as Neil Marshall’s version of Hellboy was roundly criticized by critics, while audiences also stayed away; raised a worldwide total of 40 million Euros ($ 55 million) from a budget of 37 million Euros ($ 50 million).

Ron Perlman has been the best Hellboy

The adulation for Perlman’s work as Hellboy means that there are still a large number of movie fans who want to see his return as the character, and that includes Perlman.

“I did make it clear that if there was a possibility of ending the trilogy with Guillermo, as we had done the first two films and in view of what he had in mind in terms of closing all the circles, that is something that Until today, I would consider doing it, ”said the actor.

There is still the possibility of it happening. Especially since, since Hellboy II: The Golden Army hit theaters in 2008, Del Toro won an Academy Award for 2017’s The Shape Of Water. The fact that Perlman is now 70 years old could be a sticking point.

The Upside Down could be Hopper’s best option