Home Entertainment Ron Perlman Wants To Make Hellboy 3 For Fans Despite His ‘Fucking... 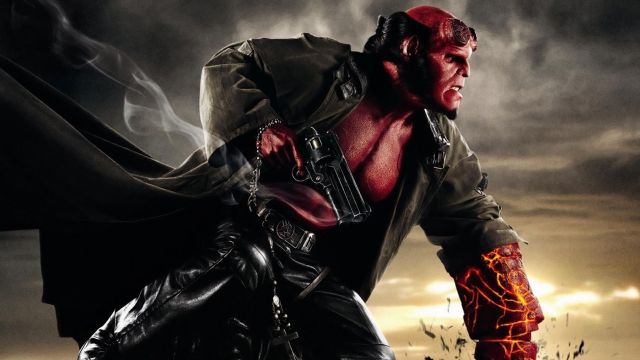 Ron Perlman: The veteran actor still has the strength to return to the original saga directed by Guillermo del Toro and thus close his trilogy. There are chances? Ron Perlman, the veteran actor who gave life to Hellboy in the first two films of the saga directed by Guillermo del Toro, has recently assured that he will be willing to star in a hypothetical Hellboy 3 despite his “p **** 71 years ”. This is how media such as Screen Rant pick it up, adding that he would do it for the fans. Recall that Perlman played the popular demon in 2004’s Hellboy, to repeat in Hellboy 2 in 2008.

And it is that Guillermo del Toro himself already assured years ago that there would be no third part despite the fact that the project was already announced in 2008. All in all, Ron Perlman claims to be ready to return to the role despite, as he himself exclaims, his fucking 71 years of age. And it is that in the first film the actor was 54 years old and recognizes that currently it would be more difficult to play a role as physical as Hellboy, although he believes that a third part is necessary to conclude the story.

“We owe this to the fans and we should give it to them because it would be an epic conclusion. Guillermo, if you’re reading, I’m not done pressuring you to end this damn thing yet,” says the actor, directly mentioning the well-known Mexican filmmaker. The first film installment based on the Dark Horse Comics character grossed $100 million in 2004, while its sequel, Hellboy: The Golden Army, grossed $170 million. However, Neil Marshall’s 2019 reboot with David Harbor flopped at the box office with a mere $55 million gross, which may not help much for a possible return of the character to the big screen.

The last time we saw Hellboy in video games was as a guest fighter in Injustice 2 as part of the so-called Fighter Pack 2 alongside Black Manta from DC Comics and Raiden from Mortal Kombat.

The Big Bang Theory: Discover which are the best Jim Parsons...