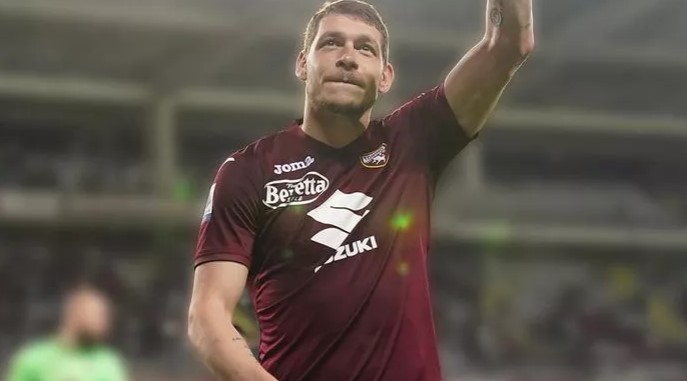 Italian club Roma, which is trying to end the transfer of Andrea Belotti, which is also in the target of Galatasaray, but first needs to sell players, took action. Allegedly, Cremonese offered 7 million Euros for Roma’s 19-year-old young football player, Afena-Gyan, and Roma approached this offer positively. The Italian team plans to sign a contract with Belotti after the transfer is concluded.

Roma, who was trying to end the transfer of Andrea Belotti, who was also in the transfer target of Galatasaray, but had to sell players first, took action.

According to the news in Calciomercato, Cremonese made an offer of 7 million Euros for 19-year-old young football player Afena-Gyan, who played his first game in Rome last season.

Roma, on the other hand, approached this offer positively, as he needed to sell players to add Andrea Belotti to his staff. While Sassuolo and Salernitana are also interested in the Ghanaian footballer, as well as Cremonese, Roma plans to sign a contract with Belotti after the transfer is concluded.

Although it has been about 6 weeks since his contract with the Turin business expired, Belotti, whose future remains uncertain, is warmly attracted to Rome. However, the striker does not want to wait any longer to make his decision about the future of the football player. Therefore, if Rome accepts the offer from Cremonese, it will have to process the transfer process quickly.

Galatasaray was on target

While the news that Galatasaray, which wants to strengthen its squad with goal scorer transfer, is also on the agenda, Italian journalist Alfredo Pedulla announced that Galatasaray offered 4.5 million euros per season and signature money for Belotti, and that the striker is waiting for news from Roma. had transferred.