Home Celebrity The most romantic declarations of love of the doramas 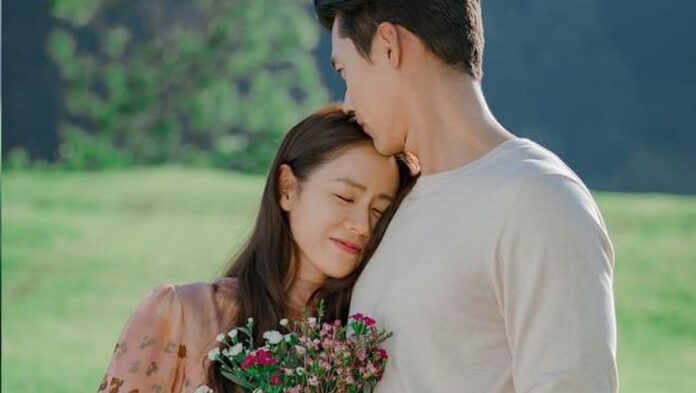 Korean dramas give us memorable scenes throughout their different stories, we can experience from the tension that arises in a crime to the broken hearts of the characters that we follow chapter by chapter, but without a doubt the moments full of sweetness are what feed our heart.

K-dramas allow us to see the evolution of the leading and secondary couples, so we accompany the actors in the ups and downs that occur in the relationship they are representing, gradually getting involved with the story and caring for certain couples.

But after following them on the path of their love, the moment of confession and the first kiss is one that we look forward to and that never disappoints us, since there are also stories that make us wait too long to reach the perfect occasion.

Keep reading and remember some of the most memorable confessions in the world of dramas, which one is your favorite?

RADIO ROMANCE
While Jisoo is on a live radio broadcast, a fan calls to talk to him on the air and tricks him into doing so, confronting Jisoo, he tells him that even if his fans knew he was dating someone they had tried to cover it up to protect his image, but he is not afraid to defend his love and confesses his feelings for Geu Rim in front of everyone.

CRASH LANDING ON YOU
After they were attacked while Seri was trying to leave the country, Ri Jung Hyuk is in the hospital recovering from the shot he received, when he wakes up annoyed to see that Seri let go of a long-awaited opportunity to return home, but later he apologizes and reveals your true feelings.

HOTEL DEL LUNA
Man Wol knows that he is in constant danger of disappearing and turning to ashes if he performs a bad deed, yet he wants Gu Chan Seong to stay by his side. The manager of the Hotel del Luna, while loyal to Man Wol, will not allow that to happen, assuring him that he will stay by his side and will not let anything bad happen to him.

HOSPITAL SHIP
Eun Jae surprises Kwak Hyun with a special gift, he opens it and discovers that it is a stethoscope, after a moment he begins to try it and when she gets up to leave the place, he uses his gift to check the heart of the girl he likes, a moment that gives him the perfect opportunity to confess his feelings.

STRONG WOMAN DO BONG SOO
Minhyuk visits Bong So because he has something important to tell him, however when he is about to confess his feelings he says that he is sick, she asks him to follow the instructions of a doctor, but he refuses and says that what hurts him is his heart, so he asks the girl to end at once with the unrequited love he maintains with Gook Do.

They record Sommer Ray doing it … it will be the...