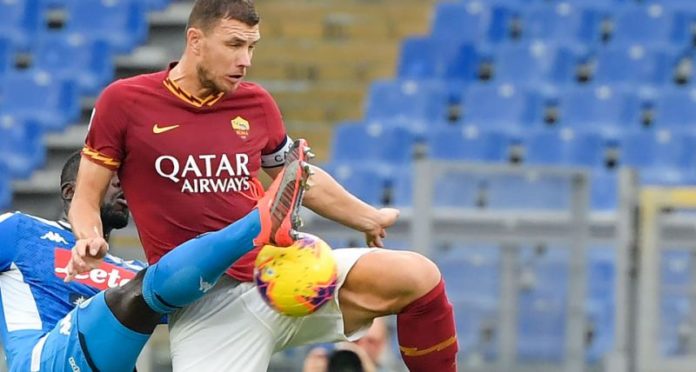 The Roma – Napoli Serie A match was temporarily suspended on Saturday after repeated discriminatory chants against the city of Naples by some fans of the Italian capital’s draw.

After the first appearance of the chants, it was noticed by an announcement on the public address of the stadium that the game could be interrupted if the discriminatory attitude persisted.

The public address warning had no effect, so referee Gianluca Rocchi took the ball and interrupted the actions as indicated by the UEFA protocol, sending the players to the center of the field.

After the interruption of the actions was decisive the intervention of the captain of the Rome in this match, Edin Dzeko, who urged the fans at the Olympic Stadium to applaud to cheer on Rome and not sing against the rival city. The choir “Roma alè” rose from the rostrum and in a few minutes the referee resumed the game.

Rocchi himself approached Dzeko to shake hands with the gesture.