Home Entertainment Rolls-Royce Spectre EV: what is known at the moment 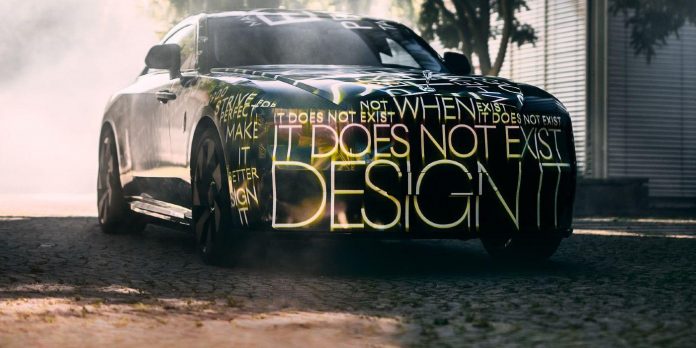 Last year, Rolls-Royce announced that it would begin developing the first electric car in 118 years of existence of the British automaker. This all-electric car is called the Spectre. It meets the expectations of Rolls-Royce customers and the automotive market as a whole. The company has created a century-old legacy focused on customers who need a premium car. Since electric vehicles occupy a strategic position in the eyes of many automakers, it is not surprising that Rolls-Royce joins the group of electric vehicle manufacturers. While the flagship Mercedes-Benz EQS electric sedan promises luxurious experiences, the upcoming Rolls-Royce Spectre is expected to offer superior experiences. Aptly named a super-luxury product, the automaker intends to use this car to promote its all-electric vehicle revolution.

Like most automakers, Rolls-Royce hopes to create an all-electric fleet of cars by 2030. By that time, all gasoline models of the manufacturer will be discontinued and replaced with electric vehicles. But, interestingly, Spectre is more than an opportunity to enter a highly competitive market. The car is also considered a “fulfilled promise” because one of the company’s founding fathers, Sir Henry Royce, wanted to use electric motors in cars many years ago. His passion for electrification led him to open a business called F.H. Royce and Company, which developed electric crane motors and a dynamo, an electric generator powering industry and paving the way for technological progress.

Although it took Rolls-Royce some time to introduce the electric car to customers, the automaker compensates for this by the fact that the Spectre design is based on the platform used in such popular models as the Phantom and Cullinan. The Spectre will probably have a large battery capable of powering two or more electric motors. The release of the electric car is scheduled for the end of 2023 and will be marked as a model of 2024. Before the launch, the electric vehicle underwent a series of tests that are expected to cover 2.5 kilometers or approximately 400 years of use. This initiative will test the durability of an electric vehicle in any conditions and on any terrain, ensuring that customers receive a fully finished car.

Features to expect from the Spectre EV

Rolls-Royce has built the Spectre as the most aerodynamic car in recent times. The electric car has an aerodynamic drag coefficient of 0.25 after testing, which is the lowest among all Rolls-Royce models. In addition, the electric car is equipped with the latest achievements of the automaker in the field of electric roll stabilization. This means that the steering, braking and power delivery of the Spectre will be adjusted whenever satellite navigation and road scanning cameras notice a turn.

The Spectre is also considered the model with the most connections, as the electric car is equipped with several intelligent components that outweigh the offerings of current Rolls-Royce models. For example, a car has 141,200 sender-receiver relationships plus more than 1,000 functions and more than 25,000 sub-functions, which provides more ways to interact with a two-door four-seater coupe. It is said that for the design of the electric car, the automaker chose a very expressive body style, using the infrastructure of the aluminum spatial frame of the model. Meanwhile, additional information about the first Rolls-Royce electric car, such as battery capacity, maximum speed, acceleration and power reserve, is not yet available.

Chris Evans sang at the audition of the remake of “Shop...